Context: Recently a new study led by the University of Hawaii claimed that Earth is witnessing its sixth mass extinction event. 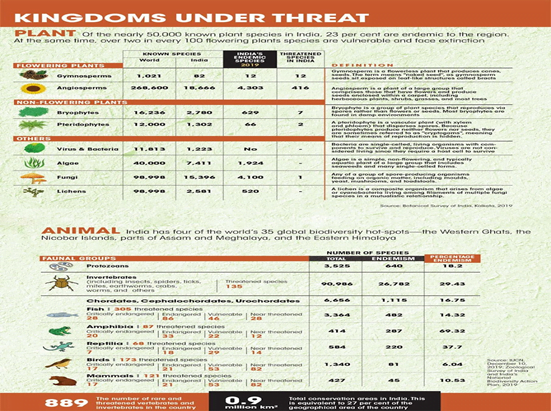 Q.1) The term “sixth mass extinction/sixth extinction” is often mentioned in the news in the context of the discussion of   (2018)