Context: Recently, the experience of farmers in Madhya Pradesh who follow regenerative farming methods finds the reduced need for frequent irrigation which conserves water and energy. 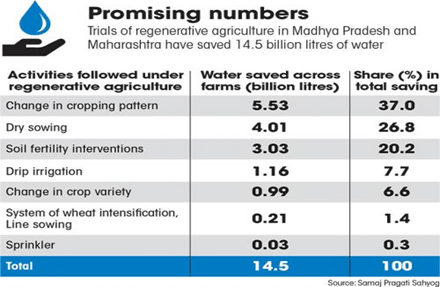 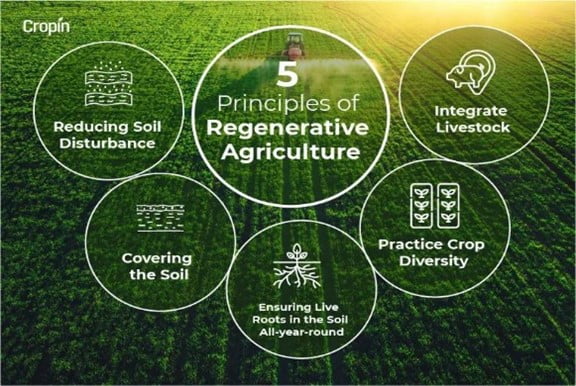 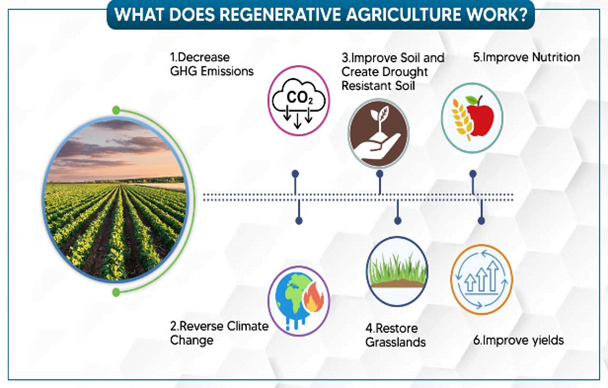 Need of Regenerative agriculture in India:

In India, the Union government is promoting regenerative agriculture with an aim to reduce application of chemical fertilisers and pesticides and to lower input costs. States like Uttarakhand, Himachal Pradesh, Andhra Pradesh, Sikkim and Gujarat too have introduced schemes to promote it.

According to the UN Food and Agriculture Organization, healthy soil helps in better water storage, transmission, filtering and reduces agricultural run-off. Studies have established that one per cent increase in soil organic matter (an indicator of soil health) per 0.4 ha increases water storage potential by more than 75,000 litres.

Thus, the concerted research is required to understand the role of regenerative agriculture in saving water. The scientific findings will further help inform policy measures and future initiatives.

Q.2) Which one of the following best describes the term “greenwashing”? (2022)