Context: According to a UNICEF recent publication, nearly 70 per cent of the Intergovernmental Authority on Development (IGAD) region comprise arid and semi-arid lands prone to recurrent droughts in the horn of Africa.

About Horn of Africa: 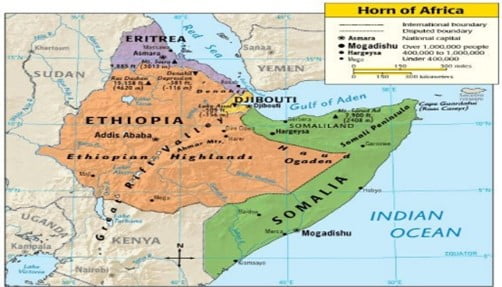 Economy: States of the region depend largely on a few key exports:

Q.2) Which one of the lakes of West Africa has become dry and turned into a desert?