Context: Around 250 Indian Skimmers, which has been included in the IUCN Red list of endangered species, were sighted in Coringa Wildlife Sanctuary in a day during the Asian Waterbird Census-2023. 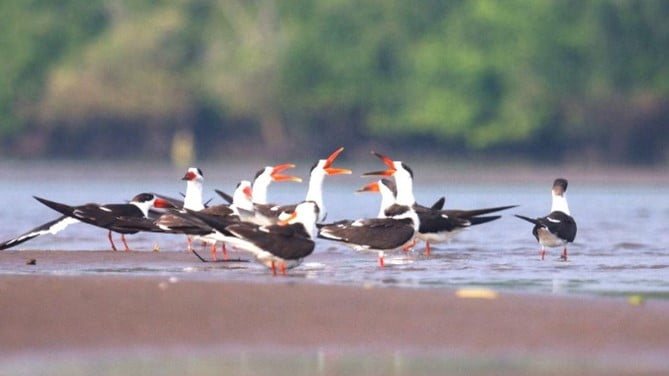