Unified Payment Interface— A step towards a cashless economy

Steps towards a cashless economy 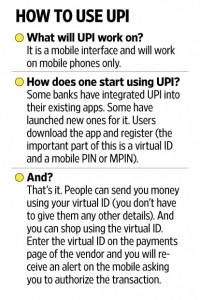 Questions that rise after the incident:

The distinctive feature of many Kerala festivals is that they cut across religions, and are looked upon as more of a social event.

The fireworks display is the most exciting feature of religious festivals in Kerala. In fact, it is a huge draw for foreign tourists.

Giving peace a chance in Yemen

Clearing the smoke on LPG reform

Raja-Mandala: India, US and Artificial Intelligence- Delhi needs a policy framework and engagement with Washington to take advantage of a tech revolution critical for its own security

The Next Leader of The UN- Innovations to the selection procedure this year will make it more transparent.

A greater need for UNSC reforms

US wants a stronger Indian military to deter, not provoke, conflict with China- If the United States could flip a switch and make the Indian military more powerful than it is today, it would have every interest in doing so

The biosimilar opportunity for Indian healthcare companies- The market for biosimilars is an attractive one for Indian companies, with Japan being the third-largest market after the US and the EU, according to a report

With eye on China, India signs key defence pact with Maldives- Pact among a handful signed between PM Narendra Modi and Maldives President Abdulla Yameen, who arrived in New Delhi on Sunday

1. Manifesto based Panchayati elections must become the norm in order to initiate agenda based governance. Do you agree? Analyse. Enumerate the benefits that would accrue from this change.