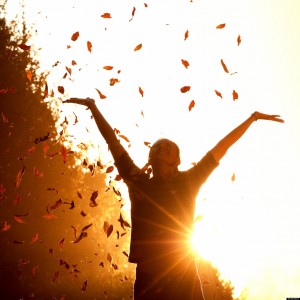 Let’s take an example. How did you choose your friends, your career, your passion and way of life? Did you create a five year plan for each of these or where they all emotional decisions taken in the moment and later justified through understanding and logic.

It is said that the first response to anything is emotional, and it is true. Applying thought and logic takes time, emotion is immediate and hence almost always the first response. Now, why is it important to know this?

It is important because most of you believe that you are living your life logically and you expect life to respond according to your logic, while all the time you are simply emotional. It is important to know the difference between applying your logic and your emotions because both are used in different scenarios of life.

More often than not we are logically present and emotionally absent to people around us. This creates a lot of friction and disturbance in our relationships. While you seem to be perfectly right in saying what you have said and doing what you have done logically, emotionally you might have not connected with people. It just doesn’t matter how logical you are if you cannot understand and respond to people’s emotions.

Compared to emotions, logic is fairly simple, hence we tend to use it too often and end up in trouble. If logic says two plus two is four, then it will remain that way always. But in emotions, depending on the situation, two plus two can be four, five or even zero! Only experience will teach you how to handle emotions.

Ignoring your emotional needs and desires in pursuit of a logical, systematic and totally understandable way of life is probably the single most important reason why so many of you are unhappy. Life simply isn’t logical, only man is. A tree doesn’t grow logically, a flower doesn’t bloom logically, it doesn’t rain logically. Happiness, sadness, anger, fear know nothing about logic. Emotion is the driving force of life. If you know how to handle emotions, you can handle pretty much everything, logically speaking!