With Rajya Sabha and Lok Sabha passing the GST bill unanimously, it is a first step towards the biggest tax reform measures in India post 1991. As GST is a constitution amendment bill, the next step will be states ratification. The process and steps to be taken legislatively, legally, technologically and politically have to be charted out post the President’s ratification. The GST has a concept of common market.

The constitution of the GST council will happen only after 50% of states have passed bill, it will be sent to President and the President ratifies it. Once the council is formed, the GST rate will be negotiated by the centre and the states.

Does such situation has a precedence?

The GST bill has seen many disruptions in house, particularly in Rajya Sabha and hence was delayed. Yet, the disruption in house has brought forward a GST bill with better inputs. It has achieved a consensus which was eluding it earlier. The 1% levy by the manufacturing states as proposed by government has been dropped and the opposition party dropped the idea of giving GST a constitutional limit. So, the disruptions made sure that non-beneficial policy decisions were removed.

The concept of GST council sitting and deciding the separate GST tax rates for centre, state and interstate is unprecedented. Hence with many elements involved, there is bound to be more delay as people will disagree and defer.

First option has been ruled out.

If the GST is at 18% or 22%, there will be minimal impact on inflationà

With time, the inflation will be neutralised.

However, essential items like health services and medicines will bear the brunt, whether GST rate is capped at 18% or 22% as the current service tax @15% will be increased. 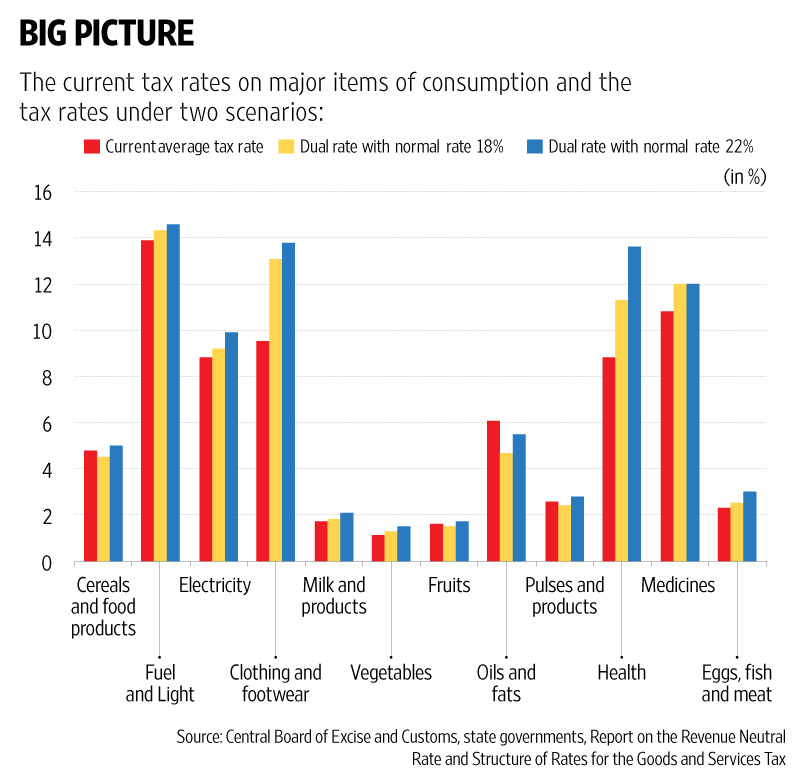 Everybody agrees that GST will be advantageous for the country but before it happens, there will be a lot of complications that will arise which will have to be tackled on political, administrative, economic and technological level.

This is part two of two RSTV debates on GST