In News: The Cauvery water dispute has been plaguing Karnataka for a century now and recently, for almost a week, there have been protests against the Supreme Court’s order to Karnataka to release 15,000 cusecs of water for Tamil Nadu. 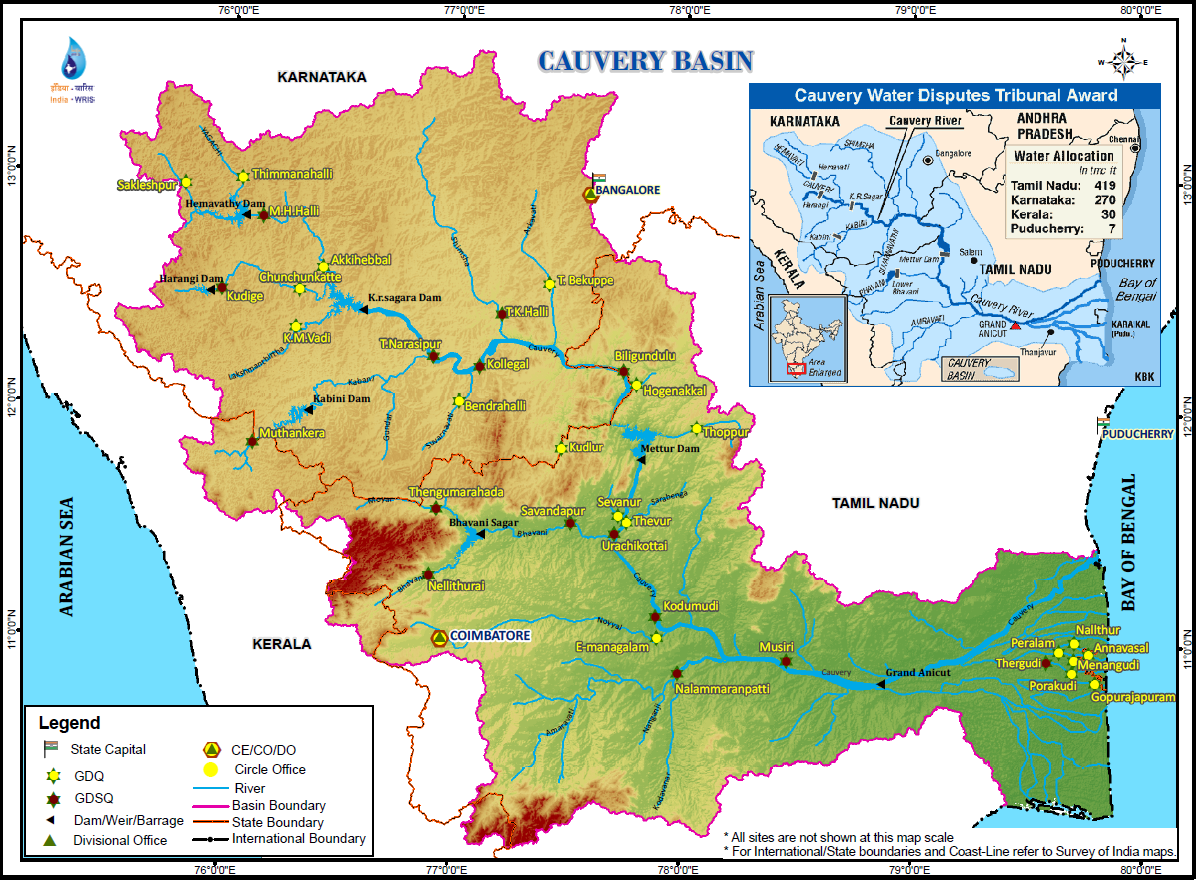 Genesis of the trouble

The lack of resolution on political maneuvering from both states is big concern and cause of worry. To untangle the dispute the resolution should be to manage demand and not supply!

It is an undeniable fact that both the states need Cauvery for survival. Care should be taken to not let the row affect inter-state relations, because the issue strikes an “emotional note” with the people on both sides. Keeping the interest of farmers on both sides in mind, the governments should initiate a serious dialogue. This is the only way to find a permanent solution.

Nudge unit: a new tool in the policy toolbox

NITI Ayog has tied up with the Bill & Melinda Gates Foundation to set up a ‘nudge unit’ that will work towards bringing about behavioural changes and recommending policy corrections to help make the programmes more effective.

Nudge Unit= It is officially known as Behavioural Insights Team which was first set up in UK to apply nudge theory (behavioural economics and psychology) to try to improve government policy and services while minimising expenditure.

What is a Nudge?

Why is a nudge unit required in India?

This shows how behavioural quirks lead to public policy failures.

Let us look at some examples to understand the nudging action

Nudge to pay taxes-honestly and on time

Nudge people not to litter

Hence, this is just a beginning towards a new approach for effective implementation of public policies. The nudge unit is expected to recommend changes in advertising, financial outflow and other softer elements related to the success of the programmes like Swachh Bharat, Jan Dhan Yojana, Digital India and Skill Development through social messaging and new ad campaigns.

A nudge unit can help the government deal with human behaviour and social realities challenges but there are limitations:

A case of public health in India

New dynamic in the North West

The maze of cross-subsidies

The case for directly elected leaders

Governance: an area of deficit in pensions

India need not genuflect at RCEP

The RCEP Effect on India

Which parts of the economy are growing?