Need for Industrial Revolution in India

Asia is again at disadvantageous position

Iran’s geographical location and proximity to India, make it an ideal transit hub for reaching Russia and CIS countries. The country is politically stable. It is also a fast growing economy. Its GDP is expected to grow by 5 % this year. Lifting of sanctions has made it easier to do business with Iran.

There are multiple axes along which International North-South Transit Corridor runs northwards from Bandar Abbas port. (Locate these ports and places in your Atlas)

In 2014, a trial run was also conducted by Federation of Freight Forwarder’s Association of India (FFFAI) under the aegis of Department of Commerce, GOI. Two containers were sent north to Astara port and Amirabad port from Bandar Abbas by road. 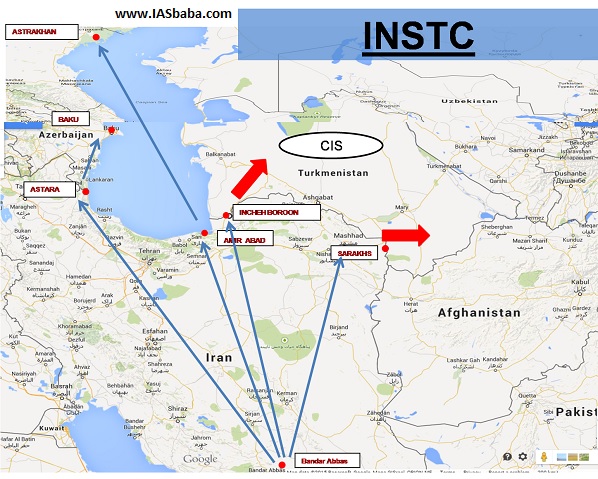 Iran’s Caspian Sea ports of Astara, Bandar Anzali and Amirabad are connected with the Russian port of Astarakhan. There is a railway line from Astarakhan to Moscow. This route will save an estimated 40 % in time, and 30 % in cost over the traditional route from India, which goes around Europe to St. Petersberg and Moscow. 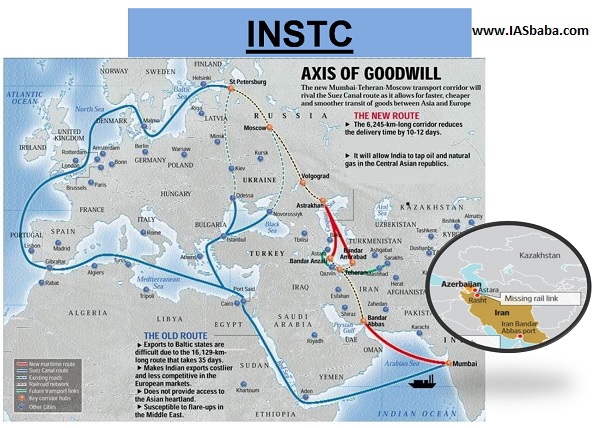 Iranian ports are similarly connected with Kazakhstan port of Aktau. Kazakhstan participated in development of Amirabad port in Iran as an outlet for its wheat exports.

According to a study done by Federation of Freight Forwarders Association of India (FFFAI), INSTC will reduce the distance from JNPT port in Mumbai to Moscow via current route from 8,700 nautical miles to 2,200 nautical miles and 3000 km (over-land).

INSTC will also bring enormous saving in time, and cost, for transit to CIS countries through Iran. (Existing routes either go eastward to China and then loop back westward to CIS countries. The alternate route through Georgian port of Poti is also too long.)

Absence of a direct route is one of the factors behind the rather small trade volume between India and CIS countries. 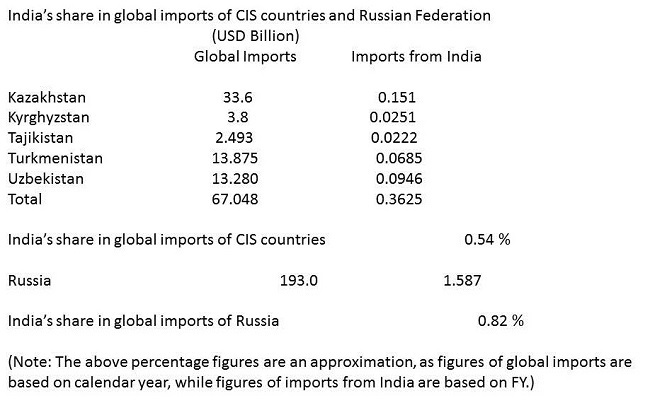 Transit trade continued during the sanctions period; there were no sanctions on the transit trade per se. Exports routed through Dubai accounted for much of the north bound traffic through Iranian ports on the Caspian. Bandar Anzali also receives machinery, wood and steel from Russia.

Iran is also being used as a transit hub by member States of Economic Co-operation Organisation (ECO). This is a regional grouping of countries. This includes trade along east –west axis from Turkey to Pakistan and CIS countries. Ashgabad Agreement signed between Iran, Oman, Uzbekistan, Turkmenistan and Kazakhstan will also contribute to increasing transit trade.

Iran after the Sanctions

Lifting of sanctions should make it easier to do business with Iran. This will boost transit trade as well.

Payment for Iranian leg of the transit, and insurance, were problems during the sanctions period. These issues can be resolved now that sanctions have been lifted.

This will make it possible to have single set of documents for the entire journey from India to Russia or CIS countries. Direct payments will bring down transaction cost.

Recent OPEC meeting in Algiers exempted Iran, Libya and Nigeria from production cut, while agreeing to overall reduction in OPEC ceiling. The Iranian government plans to recover its share of crude production in OPEC of more than 4 million barrels a day.

While oil export constitute a major share of Iran Government’s revenue, its dependence on oil revenues is less than other countries in the region. It is a diversified economy.

Banking channels with Iran are opening up. Already, number of EU banks have resumed operations with Iran. While US dollar payments are not possible under the US sanctions, there is no sanction on payment in Euro, Japanese Yen, Swiss Franc or any other currency.

While Bandar Abbas port is the main port serving International North South Transit Corridor, Chabahar port could also be linked to this route, once Chabahar-Zahedan rail line is built. Zahedan is linked to Baff railway junction to the west, which is connected with Bandar Abbas in the south, and Mashad and Sarakhs in the north east of Iran.

An MOU was signed by IRCON during PM Modi’s visit to Iran for building this sector of the railway line.

It is preferable that the entire Chabahar-Zahedan-Mashad rail corridor is completed. This will provide a direct, and shorter, access to northern Iran, than Zahedan-Baff-Mashad railway line. Mashad is already connected to Sarakh on Iran-Turkmenistan border. Once the goods reach Turkmenistan, they can move into Central Asia, which has a very well developed railway system. 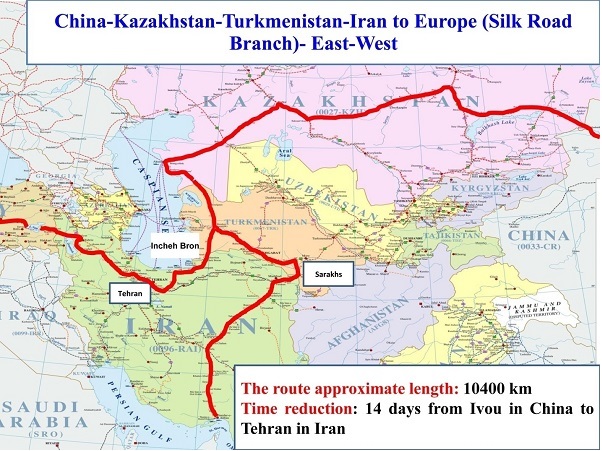 One Belt One Road (OBOR)

Iran is discussing projects under ‘One Belt One Road’ initiative. China has already built a 6,000 km railway line from Eastern China to northern Iran. To the extent, OBOR contributes to building infra-structure, it will facilitate trade. There should be no conflict between OBOR and INSTC. The two could be mutually complementary. Traffic flowing along INSTC can use OBOR infra-structure and vice-versa.

There is a need to improve infrastructure within Iran to boost transit trade. This will involve completing Rasht-Astara railway line. This will also require upgrading Bandar Abbas – Amirabad and Bandar Abbas-Inchebarun rail corridor.

There is a need to increase shipping lines operating directly between Indian ports and Iran. Shipping Corporation of India (SCI) should start a direct shipping line. This is needed particularly for Chabahar port, which does not have any regular shipping line.

During PM Modi’s visit to Iran, financing to the tune of USD 1.6 billion was promised for Chabahar-Zahedan railway line. This commitment has to be followed with negotiation, and implementation, on the ground. Eventually, the railway line will need to be extended to Mashad also.

Trade routes bring development. Improved connectivity will benefit all countries of the region.

In short, it is time for India to put more weight on the effective implementation of its Connect Central Asia policy through appropriate institutional mechanisms. This will improve its political and economic partnerships with Central Asia countries, including Afghanistan, and will strengthen its connectivity with Eurasian economies. To achieve the goal of this policy, India should establish an India-Central Asia Forum along the lines of the India-Africa Forum.

India needs to get more proactive in exploiting opportunities to explore new markets and expand its trade with Eurasia and Central Asia.

The perils of plastic

Bird flu and what we must do

The expansion of Sinosphere

Kerala is a warning about political violence in India

The relevance of the ‘New Urban Agenda’

The crisis of farmer politics

Keep the army out of politics of blackmail

1. What do you understand by ‘Environmental Impact Assessment (EIA)’? What is assessed under EIA? What are its essential components? Discuss.