The battle over Bt cotton (Part I: Understanding the Basics)

Where is Bt found?

How many kinds of Bt are there?

Where is Bt used?

What is Genetically Modified Organisms (GMO)?

Most GM crops grown today have been developed to resist certain insect pests. There are GM plants being developed today to produce specific vitamins, resist plant viruses and even produce products for medical uses.

What is Bt cotton?

Bt cotton is a genetically modified organism (GMO) cotton variety, which produces an insecticide to bollworm. It is produced by Monsanto. 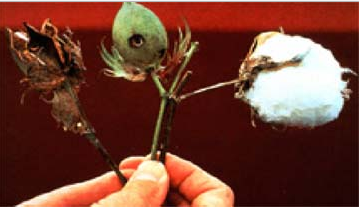 Bt cotton was the first genetically modified (GM) crop technology to be commercialised in India.

This controversy has become one of the focal points in the global debate on GM crops.

There are 3 issues related to the state of seed and the current conflicts related to Monsanto, Indian farmers and the Govt of India.

(In tomorrow’s DNA, we shall discuss the controversy surrounding Monsanto and patent protection.)

The Mahatma Gandhi National Rural Employment Guarantee Act (MGNREGA) is a pioneering livelihood security programme. Along with it, it is also a great example of proactive disclosure of information through its Management Information System (MIS).

What is MGNREGA MIS?

A web enabled MIS www.nrega.nic.in has been developed for NREGA to make its data transparent and available in the public domain to be equally accessed by all. It monitors:

The scale of information available is no small achievement. Individual worker details from around 2.5 lakh gram panchayats are available in the MGNREGA MIS. However, there are some shortcomings which need to be addressed.

Technology should not lessen accountability

Explaining the slide in CAD

Too casual an approach to cyber security

No country for a child

Environmental sustainability could be the next major challenge: Report