Part of: (Mains and Prelims) General Studies- I: Indian culture and heritage. 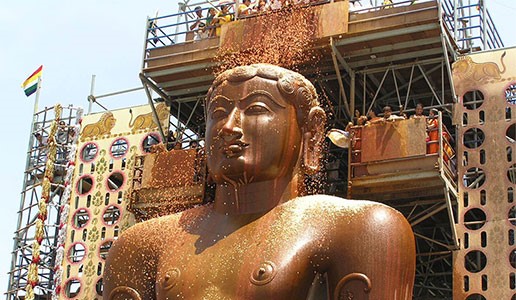 Maldives in the midst of a deep political crisis

Maldives Supreme Court had ordered the release of political prisoners. However, President Abdulla Yameen defied the Supreme Court order and the international community by refusing to release jailed members of Parliament and restore their rights.

Yameen led government had expressed “concerns” over the judicial order and resisted complying with it, but the court said there can be no excuses.

Maldives Supreme Court said in a statement – “Dissidents must be released because their trials were politically motivated and flawed”.

Former president and current opposition leader Mohamed Nasheed (Maldives’s first democratically elected leader) described the government’s refusal to obey the Supreme Court as a “coup”. Nasheed, who was controversially convicted of a terrorism charge and jailed for 13 years in 2015, urged police and troops to uphold the constitution.

The Maldivian people fought long and hard for the right to hold free and fair elections, and won it only as recently as 2008.

The release of prisoners could have been a great step towards ensuring a free and fair election in the country to be help later this year. But Yameen has not only refused to abide by the orders of the judiciary but has gone ahead and arrested Supreme Court judges and members of the opposition.

The big questions before India are:

One popular political myth about Indian foreign policy is that New Delhi has unflinching commitment to the principle of “non-intervention”.

It is true that India’s interventions in neighbouring countries will please some and alienate some, but that should be an acceptable cost for furthering Indian interests in the region. The plethora of interventions in other countries has earned the US a whole host of enemies but one cannot credibly think of a global superpower staying out of major crises just to earn some goodwill.

The intervention by Indian paratroopers was at the invitation of the then dictator-president, Maumoon Abdul Gayoom—now a part of the democratic opposition.

In the current situation, the demand for Indian intervention is by the opposition forces in Maldives.

Reasons for India’s intervention today are far more compelling than before.

India has tried to maintain more than a working relationship with Yameen’s Maldives. As the largest democracy in the world and the leading player in the region, India kept a watchful eye on goings-on in the Maldives and been in touch with all sides.

Yameen has not only shown, through his actions a total disregard for the democratic code India swears by, he has also imperilled the Maldivian Constitution itself.

Should India be ready to use military force?

There are genuine constraints as far as Indian intervention is concerned.

India’s first priority is to ensure the safety of Indian tourists and workers in Maldives. An Indian intervention should not complicate the situation for Indian nationals.

India should also think deeply about the instruments it can use to ensure a favourable outcome in Maldives.

“Doing nothing” is surely an option for Delhi; that in effect means India chooses Yameen’s side. “Doing something” would involve political mediation between the government and Opposition, the use of coercive diplomacy, and ultimately force, to restore order in Maldives. Such an intervention is likely to get considerable international support and some Chinese criticism.

The task of fixing other people’s problems is never easy. And not all consequences of intervention can really be predicted or managed.

Maldives might be tiny state with less than half a million people. With a deeply fractured political elite that has become acutely conscious of its strategic location, it will take a lot of Indian energy to repair the state of affairs in Maldives. But then that is the burden of all major powers, especially in their own regions.

The global sales of the world’s best-selling prescription drug, Humira, continue to grow even after the expiry of the patent over its main ingredient, adalimumab, a biologic used for the treatment of arthritis.

Reason being- “Broad U.S. Humira Patent Estate” — a list of 75 secondary patents in the U.S. for new indications, new methods of treatment, new formulations, and the like.

The patent law allows the intellectual property estate to expand by filing more secondary patents.
Over the years, AbbVie has increased the price of Humira in the U.S. by 100%, while steadily filing a large number of secondary patents.

While the complexity of biologics – drugs made from complex molecules manufactured using living cells — allows for filing more patents, the patent laws too play a role. The U.S. recognises and encourages secondary patents.

Patents offer their owners market exclusivity for a limited period of time.
For medicines, this exclusivity should last as long as the primary patent — which relates to the active pharmaceutical ingredient (API) of the medicine — is in effect, typically 20 years.
The end of patent exclusivity is referred to as a patent cliff, because drug prices fall steeply afterwards — by as much as 80% — owing to generic competition.

Filing secondary patents for derivatives and variants of the API, such as a physical variant of the API, a new formulation, a dosage regimen, or a new method of administering the medicine.

The secondary patents prop up before the expiry of a primary patent thereby stretching the exclusivity beyond 20 years, a practice that is called “evergreening”.
This strategy is most lucrative when employed in the context of so-called blockbuster medicines, which reap annual revenues exceeding $1 billion.

Some remarkable innovations have been made in Indian patent law.
To be deemed patentable, applications for secondary patents have to clear significant hurdles-

Together, Sections 3(d), 3(e) and 3(i) have been instrumental in rejecting close to numerous secondary patents for pharmaceuticals.

Secondary patents have been rejected largely due to the stringent thresholds imposed by Sections 2(1)(ja) and 3(d).

Thanks to the provisions in the patent law, Humira enjoys no patent protection in India, since AbbVie restricted their Indian filings to only cover their secondary patents.

Blockbuster medicines are crucial to the success of public health. But they have been gamed and rendered inaccessible to the people and governments who need them.
In order for these medicines to be accessible, there is a need to enact strong standards.

The formal and informal divide

A crisis an opportunity

Indian, the middle-income trap, and the Four Horsemen