There are five active volcanoes in Hawaii. They are:

Mauna Loa is an active volcano and is due for an eruption.

India’s only active volcanoes is located in Barren island of Andaman, which is also the only confirmed active volcano in South Asia.

Observe figure/map below and try to locate Kilauea

You should be aware of following schemes with regard to Electrification –

Part of: GS Prelims and Mains Paper I – Indian Art and Culture (Puppetry)

There are 4 types of Puppetry practiced in India –

Article Link: Puppetry hangs by a thread in Prakasam district – The Hindu

The entire team that made NMBA a failure was rehabilitated in NECTAR without any responsibilities being fixed. NECTAR functioned under DST and no proper functioning.

The restructured NBM strives to –

Hague Convention on the Civil Aspects of International Child Abduction

About Hague Convention on the Civil Aspects of International Child Abduction

Protecting the girl child in India

We need to ask how the Katha rape crisis may be transformed into a new beginning of honest critique and wide-ranging social change.

Respect for children, and women, must be the recurrent theme; especially honouring those who are tribal, Dalit, minority, and/or poor. The margins must move centrestage, reorienting all our priorities.

How patriarchal society in India contributes to sexual violence?

Sexual violence is part of the entire structure of power.

Unquestioning obedience is expected from youngsters, silent submission from women, unwarranted space and privilege is usurped by men. Girl children are routinely scolded, punished, humiliated and bullied. Individual rights, the core of democracy, are flouted daily. Sexual abuse and rape are just the next logical step.

Rape and child sexual abuse (CSA), far from being the “rarest of rare” crimes, are possibly the commonest of common.

A study across socio-economic groups found that 42 per cent children had been subjected to CSA, 15 per cent severely abused.

A nation-wide Study on Child Abuse (Ministry of Women and Child Development, 2007) indicates that some 53 per cent children have faced CSA.

Recently, the Supreme Court (SC) expressed shock at finding that 1,12,628 cases under POCSO are pending before trial courts across the country.

It had earlier noted that “implementation of POCSO is in shambles.

Despite the sheer volume as well as routine brutality of rape and CSA cases, justice remains elusive. Perpetrators enjoy impunity.

Data from the NFHS-2015-16 (National Family Health Survey) indicates that 99 per cent sexual violence cases are not reported by women survivors. Among reasons for not reporting are low conviction rates, and lack of trust in the police.

The Delhi 2012 gangrape and murder sparked off spontaneous protests across the country.
The Verma Committee, set up thereafter, recommended-

The SC (responding to a PIL pursuing justice for CSA victims, particularly an eight-month-old raped by her 28-year old cousin Delhi, January 2018) has issued directives that-

Ordinance providing for death penalty for those convicted of raping 12-year odds has been recently approved by Union cabinet.

It is though misconceived. It fails to understand the social foundations of rape and undermines human rights and women’s movement struggles for a violence-free world.

Children and women ought to come first, in every decision, plan and policy, in families, boardrooms, and development paradigms. The last child has to become our first concern. Entrenched hierarchies must be overturned.

We need to intervene to ensure respect for girl child’s basic rights, fulfilment of basic needs, socialisation and education that builds self-confidence and skills for self-assertion. She should have an inalienable right to safety, requiring systematic inputs by schools, communities, health services, police, and law.

Defying the logic of democracy

Devolution of funds to states should decrease

Identify from below, which scheme has above provisions under it?

Q.3) A village is declared to be electrified if –

Q.4) Consider the below statements:

Identify from below the correct puppetry form which has above features –

Q.5) In Union Budget 2018, government had allocated a whopping Rs 1,290 crore to promote the bamboo sector. The fund will be spent mainly through which among the below scheme –

Q.6) Consider the below statements with respect to National Bamboo Mission:

Q.7) Recently, Centre had constituted a Committee to suggest a model legislation to safeguard the interest of the child as well as to deal with issue of inter-country parental child abduction. The committee is headed by – 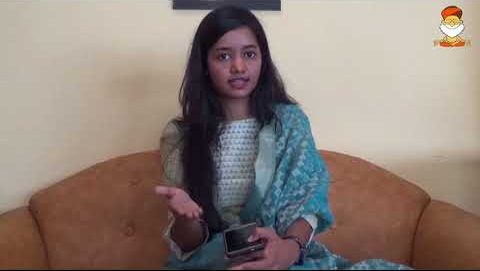