Situation in Syria and what it means for the world

The larger reality of the Syrian conflict: Seven years down the line, but it remains where it was. Assad seems to be firmly at his place and people are suffering, and it doesn’t really impact the big players directly.

The perceived notion is to enforce the international law: This is a wrong move as any action should be taken via United Nations.

Trump’s Issues: It seems as though Trump is trying to deviate all the heat that he’s receiving locally. He is trying to deflect the pressure that he is facing on his own ground, back home in America.

What happened is unfortunate for the international system which seemed to have undermined the very basic ideas. But if at all there was a proof of the chemical weapon attack, this was definitely deplorable and it could have been condemned by all.

Syria is just a small part of that larger game in the larger Middle East, which if not controlled now will probably escalate in some form. Therefore, the whole Middle Eastern situation is currently very worrisome. Not only it’s worrisome for us, it has a direct impact on our own security and our own safety. It is also going to be a difficult balancing act for India because both Israel and Iran are extremely crucial for us.

There’s only one peace process right now that has any credibility which is the Astana process. But it would be difficult. Russia while it’s powerful on the ground is diplomatically very weak. But the real issue would be – at some point if it is possible for Russia and the West, and preferably even Russia, Iran and the West to end their present larger big-picture disputes at the geopolitical level.

Astana process: Deals with the peace negotiations around Syria

Learn the following on the basis of the map: 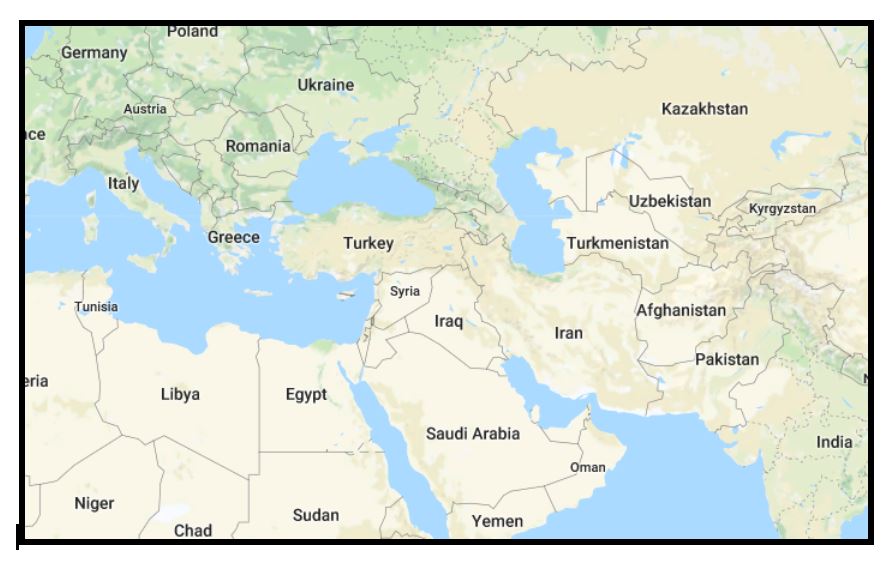 MOTIVATION-Are you a good Finisher? IASbaba’s message to the Candidates for the Last Few Days Left for Prelims 2018 (OPEN FULL MOCK PAPER 1 ON 16TH MAY)