Statue of unity – A tribute to Ironman

In News: On the 143rd birth anniversary of Sardar Vallabhbhai Patel, also known as the ‘Iron Man of India’, Prime Minister Narendra Modi has inaugurated the ‘Statue of Unity’, dedicated to statesman par excellence. 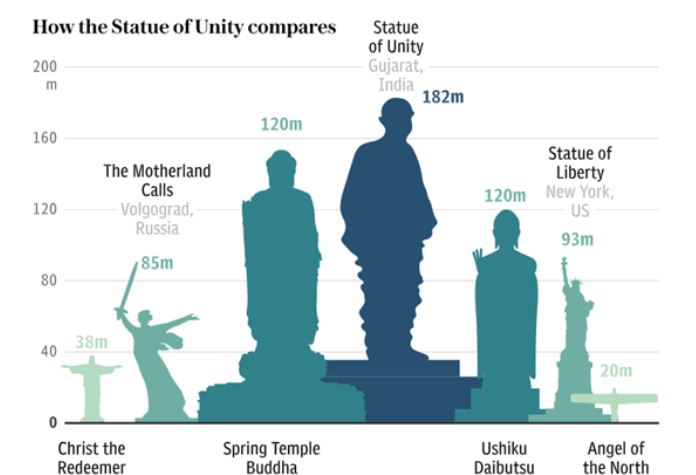 The birthday of India`s Iron Man is being observed as Rashtriya Ekta Diwas or National Unity Day since the year 2014.

Acknowledging the monumental contribution of Patel in nation building, Jawaharlal Nehru said, “History will call him the builder and consolidator of new India.”

The remarks Patel made during the Quit India Movement are also relevant today. He said: “We have to shed mutual bickering, shed the difference of being high or low and develop the sense of equality and banish untouchability. We have to live like the children of the same father”.

Must Read: Role of Sardar Vallabh bhai Patel in Uniting the Nation