Groundwater extraction will invite a fee

Part of: GS Prelims and Mains II and III – Conservation of Water; Government policies and schemes

Lack of basic rights for the aged a concern: SC

It is time India pay heed to the problems of those who are old, else the country will be faced with a large incidence of degenerative diseases, accompanied with serious gaps in the geriatric medical ecosystem, a changing joint family structure, the lack of ‘grey-friendliness’ in public spaces, transport, housing, and a virtually non-existing policy framework to tackle these issues.

According to a recent judgment by the Supreme Court –

Need for an effective ‘Legal Culture’ to maintain judicial independence

We know that our Constitution is designed to ensure that judges can do their work “independent” of government influence:

Independence, however, means something more. It also requires that judges perform their constitutional role independent of personal biases, political and moral beliefs, and partisan ideologies.

While adjudicating, a judge should not turn into a politician.

At all times, he/she is bound to maintain primary fidelity to the law and the Constitution:

– These are crucial checks upon judicial power.

Judicial independence depends on judges recognising that law and adjudication must remain autonomous from partisan politics in important ways.

Judges need to be insulated from any external control; they should be accountable only to themselves, and their own sense of the limits of their constitutional role.

However, accountability only to oneself is a very weak form of constraint. The temptation to overstep is always immense, more so when such immense power has been placed in one’s own hands.

Therefore, it is here that “legal culture” plays a critical role in establishing judicial accountability.

The roots of the crisis and where the legal culture got exactly failed?

The 1980s Supreme Court was highly praised for this. Judges were painted as crusading heroes.

Is Indian Judiciary really flawless? Is it free from political influence?

Courts simply missed the thought whether the Constitution ever contemplated a task such as this to fall within the judicial domain.

Above judgments like the national anthem order, the Tirukkural order, the NRC process, and Justice Sen’s recent foray – raise an altogether more frightening prospect: that of an “executive court”.

**An “executive court” – is a court whose moral and political compass finds itself in alignment with the government of the day, and one that has no compunctions in navigating only according to that compass.

Instead of checking and limiting government power, an executive court finds itself marching in lockstep with the government, and being used to set the seal of its prestige upon more controversial parts of the government’s agenda.

MSMEs: Changing the Indian state from bully to ally 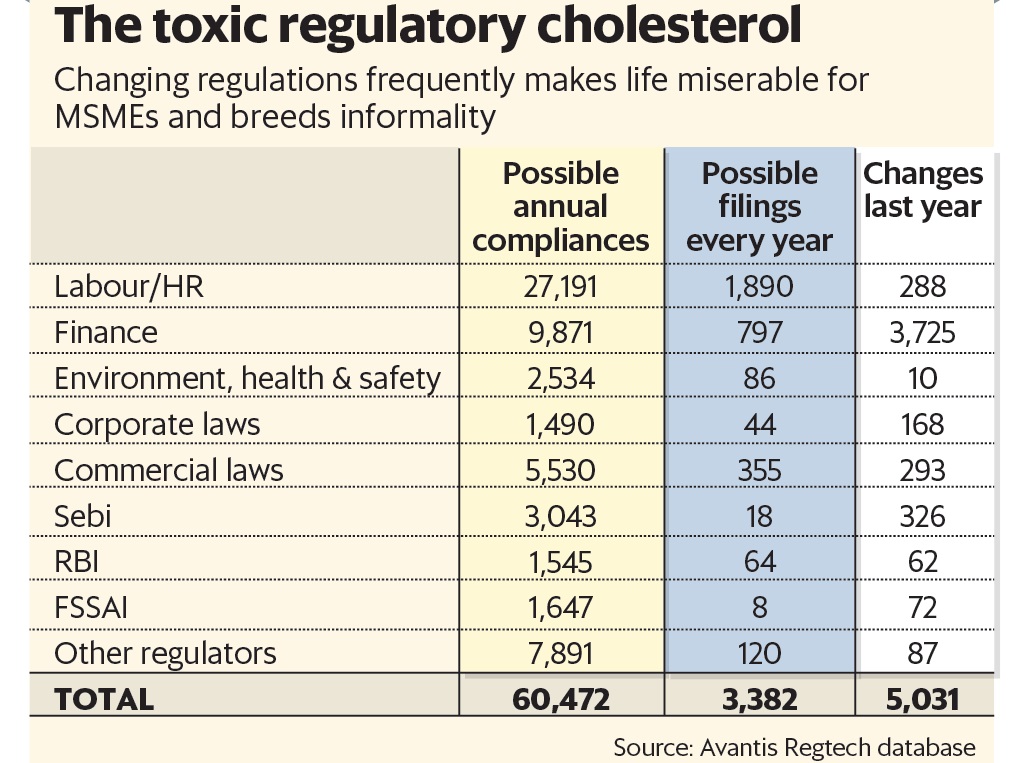 Rationalization could start with clustering the 44 labour laws into a single labour code.

Simplification would include replacing our 25-plus different numbers issued by various government arms to every employer with a unique enterprise number (an Aadhaar for enterprises).

Finally, we must move away from the current approach to digitization as a website and shift to open architecture-based API frameworks, where multiple players compete in providing services to employers.

India is expected to emerge as one of the leading economies in the world over the next decade and the Micro, Small & Medium Enterprises (MSME) segment is expected to play a significant role.

The development of this segment is extremely critical to meet the national imperatives of financial inclusion and generation of significant levels of employment across urban, rurban and rural areas across the country. Further, it can nurture and support development of new age entrepreneurs who have the potential to create globally competitive businesses from India.

Q.1) H5N1 is often in news. It is concerned with which of the following diseases?

Q.3) The practice of mating of animals of the same breed, having no common ancestors, is called

Q.5) Mangalajodi, the second largest hotspot for birds is on the banks of

Q.6) It is said that the one issue which highlights the need to unify the Central Water Commission and the Central Ground Water Board is the drying up of peninsular rivers, the single most important cause of which is

The anatomy of a police station

Is it time to abolish the death penalty?