Aims at providing comprehensive and sustainable solutions for a cleaner ecosystem along the stretch of 97 towns and 4,465 villages on the Ganga stem

Only 10 of 100 Ganga sewage projects completed 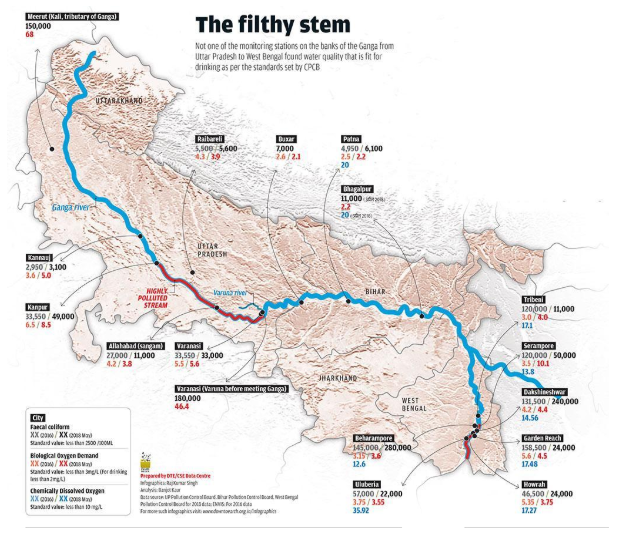 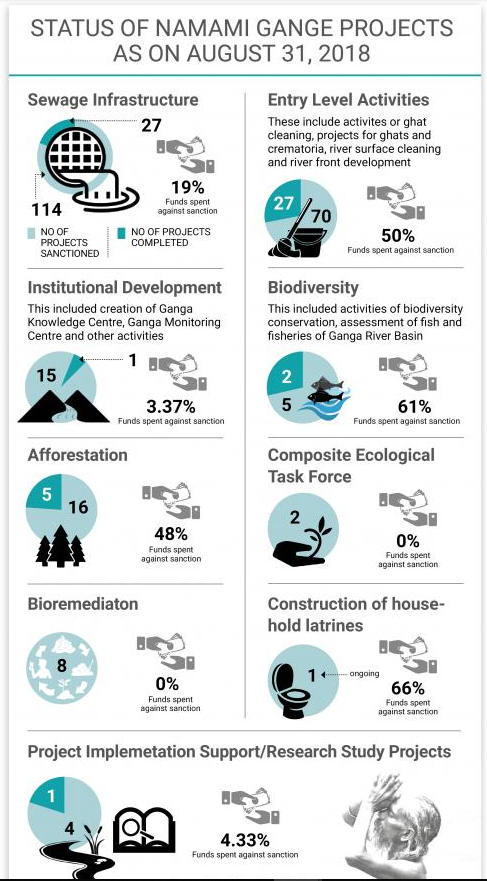 India sets the tone at COP meetings of Basel, Rotterdam and Stockholm conventions

The theme of the meetings this year was “Clean Planet, Healthy People: Sound Management of Chemicals and Waste”.

The draft technical guidelines stipulated the conditions when used electrical and electronic equipment destined for direct reuse, repair, refurbishment or failure analysis should be considered as non-waste. India had major reservations regarding these provisions as in the name of re-use, repair, refurbishment and failure analysis there was a possibility of dumping from the developed world to the developing countries including India in view of the growing consumption of electronic equipment and waste across the world.  The Indian delegation strongly objected the proposed decision on these guidelines during plenary and did not allow it to be passed by the conference of the parties (COP). The issues then resolved were:

Inclusion of plastic waste in the PIC procedure

Celebration of birth of the Prince Siddhartha Gautama, later the Gautama Buddha and founder of Buddhism

It was blown up by the Taliban as militants overran Pakistan’s Swat valley a decade ago.

1. With reference to the history of ancient India, which of the following was/were common to both Buddhism and Jainism? (2012)

(c) Buddha’s reminder to his followers that they all arise from the Earth and finally dissolve into the Earth, and thus this life is transitory

3. Which of the following Kingdoms were associated with the life of the Buddha? (2014)

4. Some Buddhist rock-cut caves are called Chaityas, while the others are called Viharas. What is the difference between the two?

(a) Vihara is a place of worship, while Chaitya is the dwelling place of the monks

(b)Chaitya is a place of worship, while Vihara is the dwelling place of the monks

(c) Chaitya is the stupa at the far end of the cave, while Vihara is the hall axial to it

(d) There is no material difference between the two

5. With reference to the religious history of India, consider the following statements: (UPSC 2016)