Part of Prelims and Mains GS III Science and Technology

Kani is a tribe living in the Western Ghats area of Kerala, India. Their use of the forest plant arogyapacha (trichopus zeylanicus) as a key ingredient in a herbal remedy called Jeevani was noted by visiting scientists.

The Institute of Life Sciences (ILS), which functions under the Department of Biotechnology, has entered into a non-exclusive license for product commercialisation after having successfully developed antibodies against the Chikungunya viral (CHIKV) infection.

It will help researchers unravel myriad aspects of virus pathogenesis. Moreover, with greater light shed upon the CHIKV infection biology using these antibodies, research communities are now a step closer to developing efficacious antivirals and other control strategies against the Chikungunya virus.

Part of Prelims and Mains GS I Art and culture 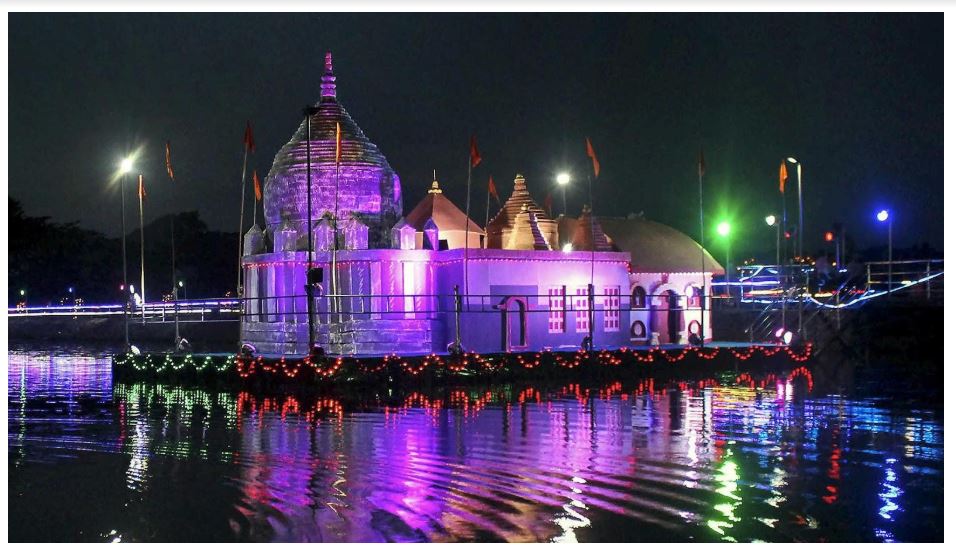 A floating replica of the historic Kamakhya Temple, installed on the Brahmaputra river on the occasion of the annual four-day Ambubachi Mela at Amingaon, near Guwahati.PTI

The Ambubachi Mela is an annual Hindu mela held at Kamakhya Temple in Guwahati, Assam. This yearly mela is celebrated during the monsoon season that happens to fall during the Assamese month Ahaar, around the middle of June .

It is the celebration of the yearly menstruation course of goddess Kamakhya. It is believed that the presiding goddess of the temple, Devi Kamakhya, the Mother Shakti, goes through her annual cycle of menstruation during this time stretch.

The nature and dynamics of Southern Asian geopolitics are undergoing a radical transformation, slowly, steadily and in an irrevocable manner.
Is New Delhi adequately prepared to weather the incoming geopolitical storm?

In sum, a power transition in the Southern Asian sub-system, an extreme trust deficit and the escalating war talk pose ominous signs for the region.

India needs to adopt a slew of balancing acts in order to weather the incoming geopolitical storm.

As the government plans actions to transform India — and politics — it needs to pay more heed to women’s field-voices and needs.

Women’s rights are fundamental human rights, not to be examined in silo fashion. A holistic, interconnected and intrinsically Indian vision cross-cutting sectors and issues needs articulation with time-bound implementation deadlines as a major national priority. It could become the global exemplar.

Q.1) Which of the following is correct about ‘Jeevani’

A dialogue of civilisations