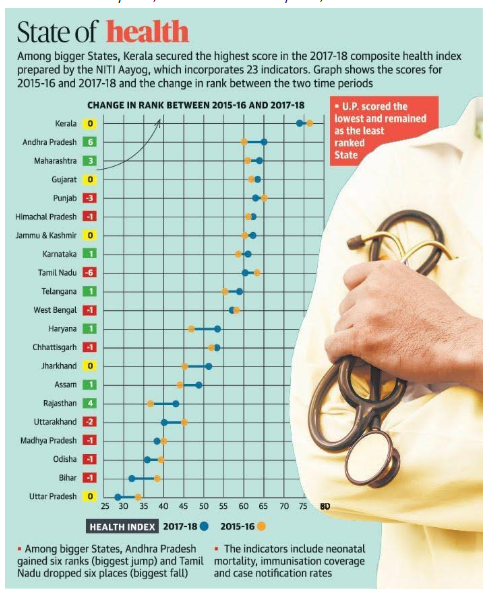 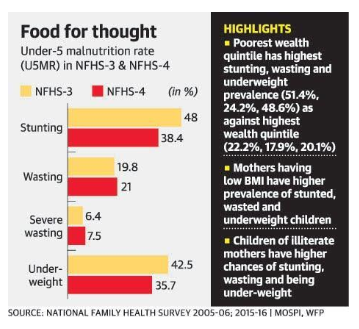 A data-driven report, the Prison Statistics India 2016, was published by the National Crime Records Bureau (NCRB) recently.
The report raises a number of red flags signalling the rot in India’s prison system.

Who are our prisoners?

Section 436A of the Code of Criminal Procedure:

The report records the number of prisoners eligible to be released and actually released, under Section 436A of the Code of Criminal Procedure. In 2016, out of 1,557 undertrials found eligible for release under Section 436A, only 929 were released.
Sec 436A allows undertrials to be released on a personal bond if they have undergone half of the maximum term of imprisonment they would have faced if convicted.

The number of “unnatural” deaths in prisons, which doubled between 2015 and 2016, from 115 to 231. The rate of suicide among prisoners also increased by 28%, from 77 suicides in 2015 to 102 in 2016.
The report states that there was only one mental health professional for every 21,650 prisoners in 2016, with only six States and one Union Territory having psychologists/psychiatrists.
It is an indicator of the magnitude of mental health concerns within prisons.

The report has important information which can be used to facilitate a dialogue on improving prison policies. It is essential to uncover torture and other forms of ill-treatment, increase transparency and balance the power asymmetry in prisons.

The IT Ministry’s Bill on data protection is scheduled to be introduced in Parliament during the current session. Worldwide, the data flow debate is playing out at the World Trade Organisation (WTO) and G20.

Why is data valuable?

Data is any collection of information that is stored in a way so computers can easily read it. These days, most people refer to data to mean information about their messages, social media posts, online transactions, and browser searches.
Big data refers to the immense amount of data that can now be collected, stored, and analysed to find patterns.

What exactly about data laws are countries debating?

Data is stored in a physical space. Data is also transported across country borders physically, traveling through underwater cables. These aspects of data flows — where it is stored, where it is sent, where it is turned into something useful — determines who has access to the data, who profits off the data, who taxes the data, and who “owns” the data.
With these questions in mind, individual governments are developing their own domestic rules and negotiating with each other on a global stage, raising values of national security, economic growth, and privacy.

India’s recent drafts and statements have strong signals for data localisation, which means that data of Indians (even if collected by an American company) must be stored and processed in India.
Along with a Reserve Bank of India directive to payment companies to localise financial data, the Ministry of Commerce’s draft e-commerce policy is currently in public consultation.
The IT Ministry has drafted a data protection law that will be introduced in Parliament and has also framed draft intermediary rules.
China has developed similar laws, which proponents say allow for a flourishing domestic economy of data centres and data processing by blocking foreign players out. This is why Indian companies, like Reliance and PayTM, usually support data localisation.

What is happening at the global forums?

Trade tensions worldwide are escalating, giving the data flow debate new relevance at the WTO and G20.
WTO member countries are negotiating rules about e-commerce, which is the buying and selling of goods and services online. Digital trade contributes more to global GDP than physical trade. India is one of the fastest growing markets, with e-commerce expecting to reach $1.2 trillion by 2021.
These laws raise questions about where companies can store, process, and transport data about transactions.

India submitted a November 2017 document opposing any WTO e-commerce negotiations.
The digital divide within and across nations is a serious impediment for developing countries to benefit from Digital Trade. Capacity constraints in developing countries, can be overcome, with timely support of training, and creation of digital infrastructure. This is important, for facilitating a level playing field, in the digital economy, for all countries to take equitable advantage of data free flows.
Developing countries need time and policy space to build deepest understanding of the subject and formulate their own legal and regulatory framework before meaningfully engaging in e-commerce negotiations.

National monetary authorities should wake up to the Libra challenge