Climate change is prompting a habitat change in Himalayas. 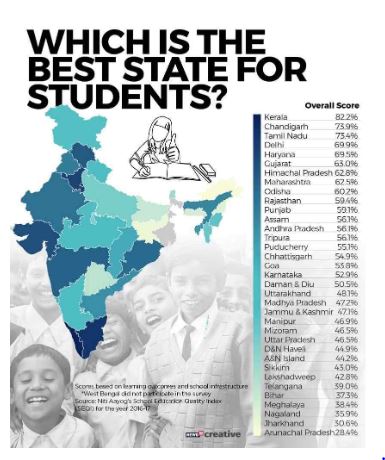 A case study In Haryana:

Ex : Haryana, which has created a race among its administrative blocks to be declared as ‘Saksham’ (Hindi for abled/skilled), i.e.

In what manner had the 2018 judgment diluted provisions for arrest?

Justice Goel had observed that “interpretation of Atrocities Act should promote constitutional values of fraternity and integration of the society. This may require ‘check on false implication of innocent citizens on caste lines’.”

Justice Mishra said “despite various measures to improve the socio-economic conditions of the Scheduled Castes and the Scheduled Tribes, they remain vulnerable. They are denied number of civil rights. They are subjected to various offences, indignities, humiliations and harassment. They have, in several brutal incidents, been deprived of their life and property”

Q.1) Subhash Kashinath Mahajan Case often seen in news dealt with which of the following area?

Q.2) Consider the following statements about Tejas Express between Delhi and Lucknow

Q.4) Askot Wildlife Sanctuary is present in which state of India?

Q.5) Lichens can be used as an indicator for which of the following?

The worst may be over: On economic numbers

What would Gandhi say about the Indian media?