Daman and Diu and Dadra and Nagar Haveli

With the growth in industries, the demand for land for industrial use has been increasing. Since most of the requirement is met by acquiring private agricultural lands, the owners are being displaced and deprived of their livelihood. Therefore, there is a demand from land losers, apart from the local population, to provide employment.

Though there were promises by the industrial managements to meet these demands at the initial phases of setting up of their industries, more often than not, the objectives are not met. In some instances, even though the local people are employed as per the initial commitments, they are generally employed as gardeners, house-keeping personnel and other low income jobs. This is causing dissatisfaction in the local community and leading to industrial unrest

If the company doesn’t find suitable persons in the immediate vicinity, they need to try to look for candidates in the neighbouring villages. The scope will then expand to the district and finally to the entire state, where they will be able to find a suitable candidate for any job profile. There is therefore a need to collaborate on training the locals with skills required for the jobs they provide. 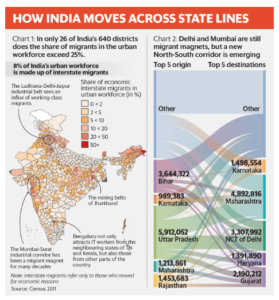 Providing vocational training and education — responsibilities of the State — could have been a long-term solution. But with the mandatory reservation of 75 per cent of all jobs for local people, the state government has shifted this responsibility onto the industrial sector. Further, mobility of labour is necessary to give industries the opportunity to select the best talent and remain competitive. A reservation such as the one in Andhra Pradesh will thus hamper the ease of doing business, discouraging industrial investment in the state and causing unemployment to shoot up further.

Affirmative action was once a tool to bring the most economically and educationally backward sections on a par with the rest of the population. At the hands of populist governments, it has been turned into an assurance — albeit a false one — of a shortcut to success. The reservation for Marathas — an economically and socially dominant segment — in Maharashtra is a case in point. The underlying causes for demands for reservation are, among other factors, agricultural and economic crisis, the lack of social security nets, unemployment and iniquitous access to education.

Q.5) Consider the following statements about The Dadra and Nagar Haveli and Daman and Diu (merger of union territories) bill, 2019

Not as you say, but as you do

India’s food basket must be enlarged

Should life convicts be denied remission?

With Sri Lanka, Delhi must be seen as a friend of all communities

Three years on, Insolvency and Bankruptcy Code is learning from outcomes, growing stronger