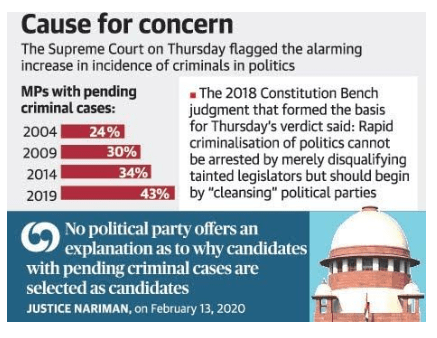 The Drugs and Cosmetics Act

Full restoration of GSP (Generalised System of Preferences is unlikely at present, given the USTR’s notice that aims to treat India and a number of other countries as “developed countries”,

The Ministry of Health and Family Welfare has notified changes in the Medical Devices Rules, 2017 to regulate medical devices on the same lines as drugs under the Drugs and Cosmetics Act, 1940

Need for such rules:

Objective of the rules:

What are the items covered under the Medical Device Rules?

Is this a sudden move? – NO

Same-Sex Marriage: A marriage story for everyone

Why it is important to recognise marriages of same-sex couples?

Choose the options below

According to UNCTAD, which of the above is/are categorized as “Emerging Economies”?

About Women in Army:

About WEF and the issues associated with it :

About Pakistan’s action on Hafiz Saeed: