You must be aware of the term ‘catharsis’. It is the process of releasing and thereby providing relief from, strong or repressed emotions.

Recently we have launched a new initiative by the name Catharsis -Unlock Your Talent & Creativity!

Today’s work is WRITE UP by NEHA LAXMAN KIRDAK & POEM by MANOJ YADAV !

WRITE UP by NEHA LAXMAN KIRDAK 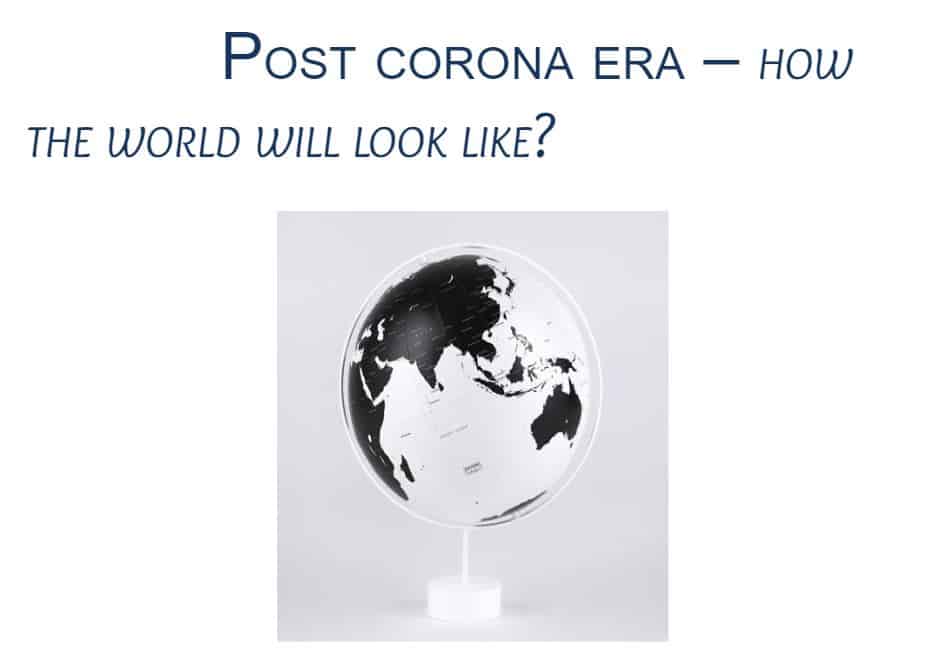 In his book – ‘GUNS, GERMS AND STEEL’, famous historian JARED DIAMOND had explained –  Spanish conquest of Mexico was possible not because they had weapons, but because one of the servant in Spanish army was suffering from smallpox, which spread to natives [which were not immune to it like Europeans] and wept out 95% of native population clearing the way to victory for Spanish. One more example being – the interiors of Africa were invincible to Europeans because of parasite of Malaria!

Also PLAGUE often termed as a black death was responsible to some extent for emergence of PROTESTATNS  as it changed the notion of death. Today we all are living in the reality expressed by Paul Russel in words- “ Nothing on this earth is more international than the disease”. With the corona pandemic, we are witnessing a moment in human history after which all dimensions of human existence will experience a change as we all will enter into an epic era known as

Everyone knows this gloomy picture of global growth plunging at just 1.5 percent [half of the growth predicted in pre corona era], but here I have to bring you all of the very important lessons of history –  ECONOMY = EMPIRE, and with a weakened economy, the global dynamics of power will change definitely. The gulf between developed and developing nations will rise, with closed borders and increased regulations – ANTI-GLOBALIZATION movements will set in, world will be having more isolated places with every country concerned about its own national interest only. New power equations driven by CHINA can also be a possibility.

At the same time it is predicted that – unemployment rates are going to rise with many businesses facing closure and industries shutting down, which can feed radicalization as we have learned INEQUALITY = REVOLTS again from the history of the world, but at the same time we will experience change in work culture like work from home, more push for digitization of the economy by taking care of data privacy concerns [despite being ORWELLIAN in an emergency situation, we need data protection regulations]

In terms of DEMOGRAPHY also we can expect changes as death toll in ageing countries like ITALY  was high and country like INDIA will also face a doubling of the percentage of people in old age bracket [currently just 8 percent according to 2011 census], upcoming population policies in all countries will bear in mind this factor.

HEALTHCARE going to be the major area where every country will equip itself to avoid such crisis in future, hospitals will have more respect than places of worship [temples, mosques, Gurudwaras, churches]. More budgetary allocations can be seen in this sector if people have learned their lesson – health is a real wealth!

The EDUCATION spaces will be digitized, more liberal, more accessible in the upcoming years.

In the society – CORONA  made its first appearance in the form of imported cases and  got termed as –  ‘a disease brought by ELITE section’ and due to which now migrant laborers, workers from informal economy [which comprise of 90% jobs in INDIA] are facing the survival question. Which made the picture look like-

“All are equal, but some are more equal than others” as said by Orwell in his book –Animal Farm.

Our balance with NATURE will also get re-established as evidenced from pollution levels in all major polluted cities like Delhi going down, Ganga river getting clear stream, it seems nature is acting through an invisible hand to control the dominance of homo sapiens and to save this earth.

It’s the most appropriate time to look inside our own selves, to question our intuitions, we need solidarity and humanity, even if the world will have strict border regulation our hearts can’t be separated and they must continue to sing unanimously –VASUDHAIVA KUTUMMBAKAM.

With containment strategies from CHINA and BHILWARA MODEL in INDIA, with drugs and vaccines invented, we are sure of revival from corona in the next few months. It is definite that the world will be a NEW PLACE to live in a post corona era, it’s the need of this hour that we all should pledge to be better people who will never compromise the diamond of UNIVERSALISM  [which was there in the crown of INDIA since Indus valley civilization] mentioned by Tagore.

Man is made by choices made by him and today we have to make a choice to behold the spirit of oneness keeping everything aside to illuminate thousands of hearts for survival of the upcoming generation with bold decisions on various fronts to be sustainable and resilient, AND REMEMBER – “HOPE IS THE REAL COLOR OF LIFE”. 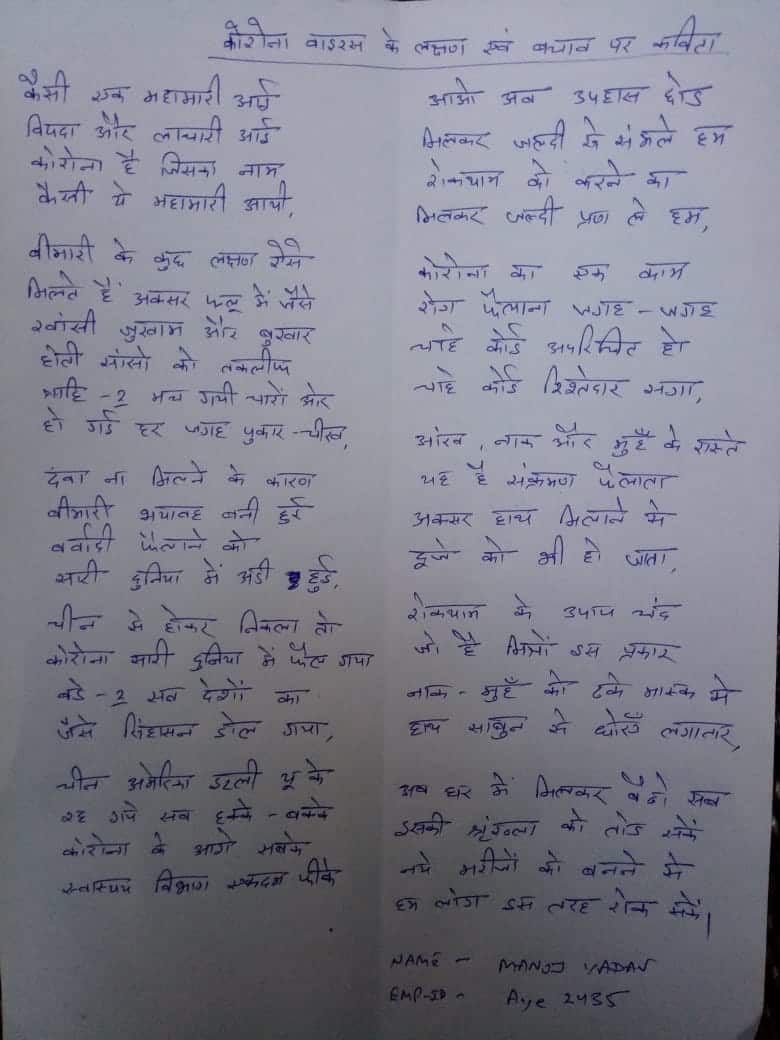 Be creative and find your catharsis in whichever form of creativity you are comfortable with.

It could be anything- a song, a painting, a poem, a story, a dance performance, rangolis, jokes/humor, culinary skills, mimicry and whatnot. There is no limit to creativity. Just unleash and share it with everyone!

Why don’t you share your moments of catharsis with us?

UPSC is not only about academics but personality as well. And your personality is shaped by the creativity that you possess.

We encourage you to keep the comment section alive by sharing your talents and also by commenting and encouraging the talent of your peers. We are also going to be a regular visitor here and will keep on posting the creative works by our talented team members and staff.

NOTE- You can also nominate by tagging anyone (if you know about the talent of your friend or anyone) ?

We believe each one of you have some hidden talent. It’s time that you explore more about yourselves and remain positive throughout this journey. Make the best use of this opportunity!