Note: From the image below, try to know the difference between Droplet Transmission and Airborne Transmission

Airborne transmission is defined as the spread of an infectious agent caused by the dissemination of droplet nuclei or aerosols that remain infectious when suspended in air over long distances and time. Aerosols are less than 5 micrometers or five-thousandth of a millimetre in size. 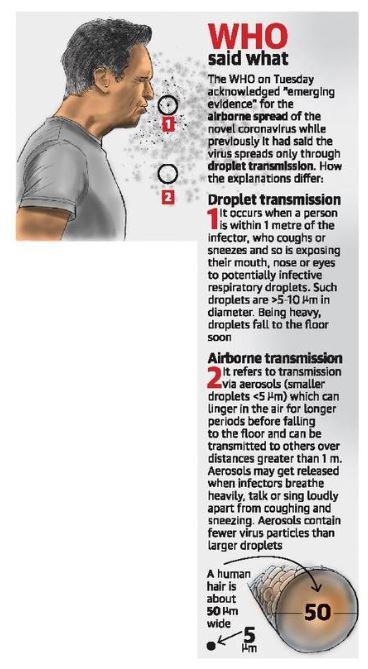