Context: Three months before elections to the Tripura Tribal Areas Autonomous District Council (TTAADC), the state’s royal scion and former state Congress president Pradyot Kishore Manikya Debbarma has given a call for a ‘Greater Tipraland’ (through his organisation TIPRA) , covering Tripuris in and outside of the district council and even the Tripuri diaspora. 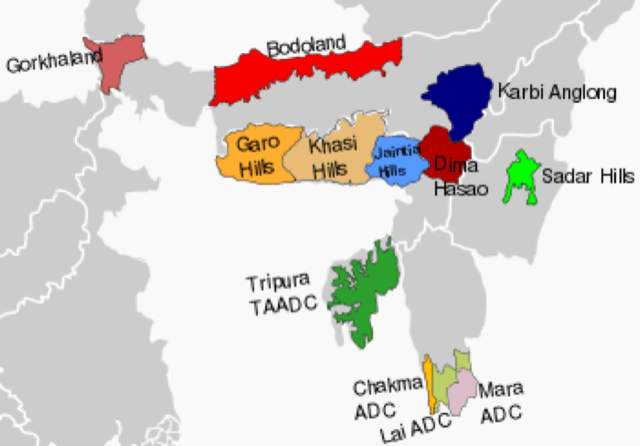 What is the demand for Greater Tipraland?

Critical Analysis of the issue:

Even though at this stage, the demand appears to be aimed at consolidating vote bank for the Council elections, Governments (both Union and State) should not take light of these developments.