The Commission for Air Quality Management in NCR and Adjoining Areas Bill, 2021

Part of: GS Prelims and GS-II – Policies and interventions and GS-III – Pollution

In news Recently, The Commission for Air Quality Management in the National Capital Region (NCR) and Adjoining Areas bill, 2021 was introduced in the Lok Sabha.

What are the key features of the Bill?

What are the Key amendments of the Bill?

In news The BRICS Counter Terrorism Action Plan that will strengthen counter-terror cooperation among the members of the grouping has been finalised.

What is BRICS Counter Terrorism Strategy?

In news According to the United States Centers for Disease Control and Prevention (CDC)  document, the Delta variant of the coronavirus is as contagious as chickenpox.

Key findings of the Document

In news International Tiger Day is celebrated on July 29 every year to raise awareness about the dwindling population of the Tiger. 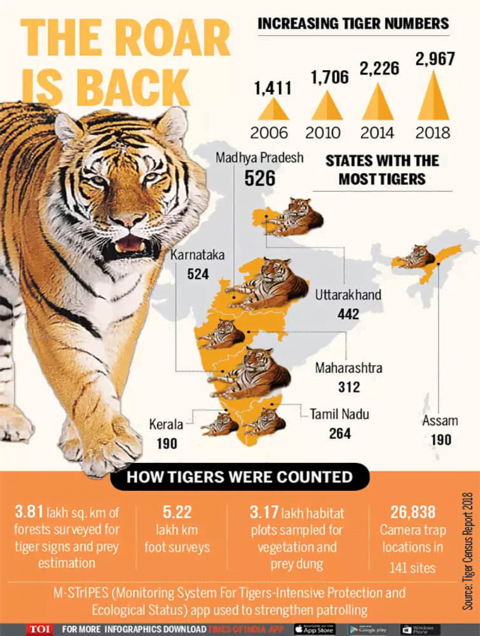 In news The Ministry of Social Justice and Empowerment has formulated a scheme,  Information-Monitoring, Evaluation and Social Audit (I-MESA) in FY 2021-22.

What are Important Schemes of the Ministry of Social Justice and Empowerment?

What is Social Audit?

Law and lawmakers: On criminal acts and legislative privilege

The privileges and immunities enjoyed by the MPs and MLAs include:

However, the members can be punished for the breach of privileges by the house itself. Punishment includes imprisonment, fine or suspension.

Brief Background of the Case

Context: Recent troubles for depositors in getting immediate access to their funds in banks such as Punjab & Maharashtra Co-operative (PMC) Bank, Yes Bank and Lakshmi Vilas Bank has put spotlight on the subject of deposit insurance

What is deposit insurance?

Who pays for this insurance?

What are the changes mooted by the government?

Q.1 According to the Centers for Disease Control and Prevention (CDC)  document, which of the following variant of the coronavirus is as contagious as chickenpox?

Q.3  Tiger is included under which of the following IUCN category?

The Commission for Air Quality Management in NCR and Adjoining Areas Bill, 2021