Context: The International Criminal Court (ICC) in The Hague announced that it would open an investigation into possible war crimes or crimes against humanity in Ukraine.

Part of: GS-Prelims and GS-III: Science and Technology

In News: Ministry of Science & Technology has decided to promote a unique Start-up in latest Daylight Harvesting Technology 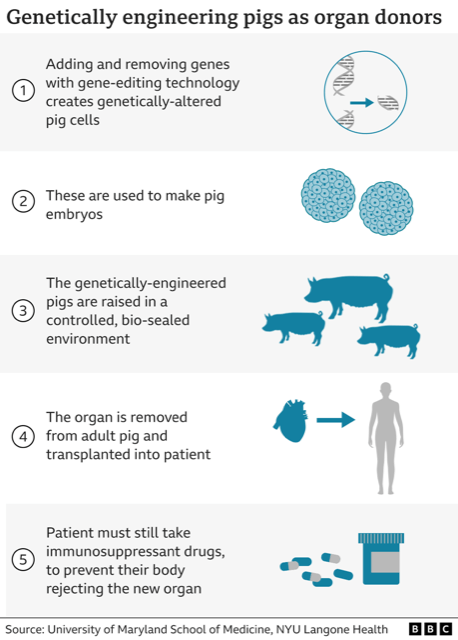 What are the ethical issues that these medical advances raise for human societies?

The wide adoption of xenotransplant procedures diminish the illegal and immoral market in human organs, where people, even children, are abducted so that their organs can be harvested. Therefore, we need to have more debate on this field so that the advances in medical sciences benefits humankind.

Context: The current Russian invasion of Ukraine — unlike previous wars in Iraq and Libya or sanctions against Iran — is having an impact not just on energy prices. 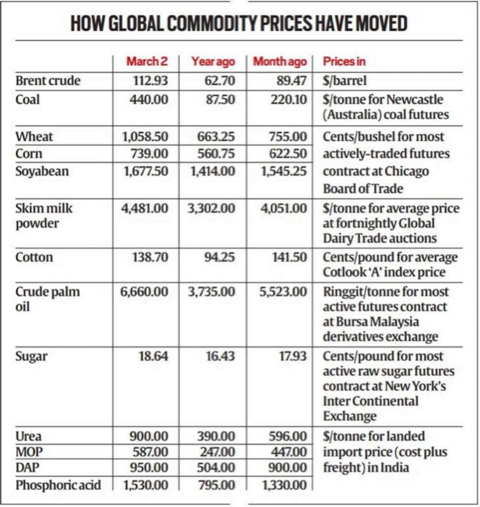 How global commodity prices have moved?

How it can benefit India?

Are there any other challenge for India apart from increase in crude oil prices?

Context: Representatives from 175 countries meeting at the resumed fifth session of the United Nations Environment Assembly (UNEA-5.2) in Nairobi March 2, 2022, agreed to end plastic pollution and formulate an internationally binding treaty by 2024.

So, addressing plastics pollution is a prudent investment in nature and climate, as well as a socio-economic opportunity.

The resolution, based on three initial draft resolutions from various countries, establishes an Intergovernmental Negotiating Committee (INC), which will begin its work in 2022, with the ambition of completing a draft global legally binding agreement by the end of 2024.

The INC is expected to present a legally binding instrument, which would reflect diverse alternatives to address

Under the legally binding agreement, countries will be expected to

INC’s mandate does not grant any stakeholder a two-year pause. In parallel to negotiations over an international binding agreement, UNEP will work with any willing government and business across the value chain to shift away from single-use plastics, as well as to mobilise private finance and remove barriers to investments in research and in a new circular economy.

Q.2 World Telecommunications Standardisation Assembly shall be conducted by which of the following country in 2024?

On India and Ukraine conflict:

On Children orphaned by the Pandemic:

On effective alternative to LPG: