In News: NASA’s new satellite will test a unique lunar orbit that will be used by future missions. 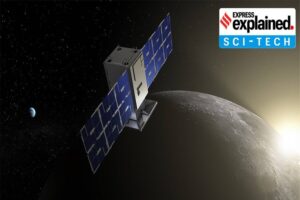