In News: Some states of USA were hit by a storm system called a derecho.

What is a derecho? 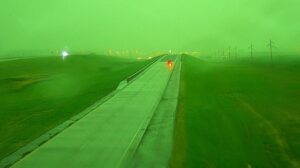 Why did the sky turn green during the derecho that hit US recently?

Where do derechos usually occur?