Context: Under the initiative, major tourist places are being linked with the handicrafts clusters.

In News: India’s trade deficit has widened to a record $31.02 billion in July.

What is trade deficit?

Trade deficit or negative balance of trade (BOT) is the gap between exports and imports.

Context: Earth completed its spin in 1.59 milliseconds less than 24 hours on June 29 this year. This confirms speculations by scientists that the Earth’s rotation is picking up pace.

The reason behind the speeding –

Chandler wobble: Chandler Wobble, according to Nasa, is a motion exhibited by Earth as it rotates on its axis.

Supreme Commander of the Armed Forces

Context: President is the supreme commander of Indian armed forces. This is the military power vested in him.

Article 53 of the Constitution states that the executive power of the Union shall be vested in the President of India.

Context: India is not a part of the Minerals Security Partnership.

One of the key elements of India’s growth strategy is powered by an ambitious shift in the mobility space through the conversion of a large part of public and private transport to electric vehicles. This, alongside a concerted electronics manufacturing push, underlines the need to secure the supply of critical minerals.

In News: India adds 10 more wetlands designated as Ramsar sites to make total 64 sites covering an area of 12,50,361 ha in the country.

Ramsar sites are wetlands (swamps, marshes, lakes, floodplains and other water bodies that are filled with static or flowing water) that are considered to be of international importance.

The Commission for the Conservation of Antarctic Marine Living Resources (CCAMLR)

In News: The UN report, World Population Prospects 2022, forecasts that the world’s population will touch eight billion this year and rise to 9.8 billion in 2050.

What is Demographic Dividend?

Where exactly does India lie?

Factors that will impede India’s Growth

What measures are required to reap the best of Demographic Dividend?

To wring the best out of its demographic dividend, India needs to invest massively in quality school and higher education as well as healthcare — sectors it has neglected for decades — across India on an unprecedented scale –

In News: India’s NDC, or nationally determined commitments, have been updated with two promises made by the PM during the Glasgow meet, both of which are enhancements of existing targets, and would be submitted to the UN climate body.

The 2015 Paris Agreement requires every country to set self-determined climate targets which have to be progressively updated with more ambitious goals every few years.

India’s first NDC was submitted in 2015, just before the Paris Agreement was finalised. 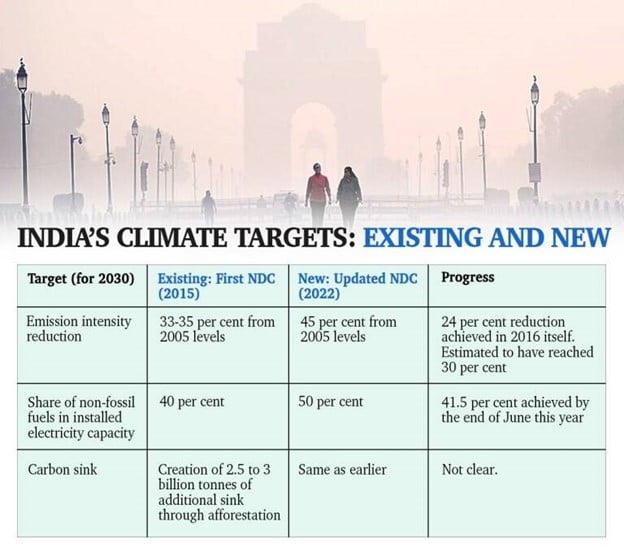 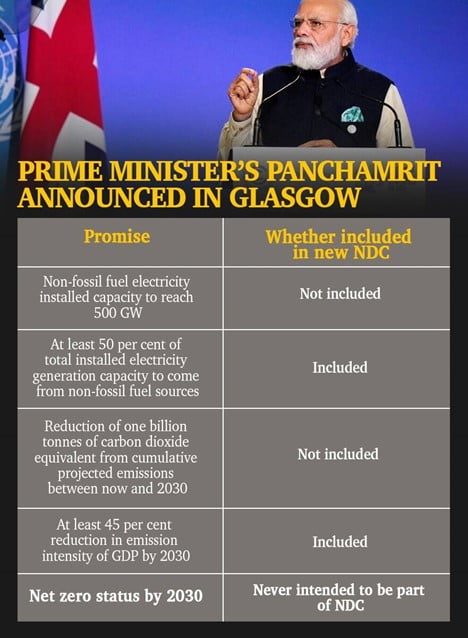 Context: Amidst renewed concern over its functioning across states, the Right to Information Act (RTI) is set to complete 17 years this October.

Sarthak Nagrik Sangathan (SNS) 2021 Report states – The various Information Commissions are — “acting as a major bottleneck in effective implementation of the RTI Law”.

As on June 30, 2021, 2.56 lakh appeals were pending with 26 information commissions in the country. It will take six years and eight months to dispose of a matter in Odisha, as per the going rate, according to the SNS report.

The RTI Act is a sunshine legislation aimed at eradicating corruption and promoting transparency.

Q1. ‘Minerals Security Partnership’ seen in news is used in the context of

Q2. Legendary artist late Jagannath Mohapatra is associated with the practise of which of the following traditional art?

Q3. In which of the Ramsar site, one can find the unique phumdis?

ANSWERS FOR ’4th August 2022 – Daily Practice MCQs’ will be updated along with tomorrow’s Daily Current Affairs.