Who was Ramon Magsaysay?

What is the link between Communism and Magsaysay

In News: A nationwide study has been carried out jointly by the Union Ministry of Education and the National Council of Educational Research and Training (NCERT).

Depending on their performance, the students were categorised into four groups:

Utility of the Findings:

In News: The national drug regulator, DGCI, has given the green signal to the country’s first intra-nasal Covid vaccine for emergency use in adults – iNCOVACC.

About Drugs Controller General of India

Q.1) In the context of vaccines manufactured to prevent COVID-19 pandemic, consider the following statements: (2022) 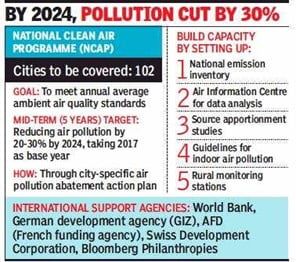 Context: Facing the worst flooding disaster in its history, Pakistan has begun demanding reparations, or compensation, from the rich countries that are mainly responsible for causing climate change.

What are climate reparations?

The UN Framework Convention on Climate Change (UNFCCC), the 1994 international agreement that lays down the broad principles of the global effort to fight climate change, explicitly acknowledges this differentiated responsibility of nations.

The report said that the United States alone is estimated to have inflicted more than $1.9 trillion in damages to other countries due to its emissions. Then there are non-economic losses as well, including loss of lives, displacement migration, health impacts, damage to cultural heritage.

The report also said that the unavoidable annual economic losses from climate change were projected to reach somewhere between $290 billion to $580 billion by the year 2030.

Q.1) “Climate Action Tracker” which monitors the emission reduction pledges of different countries is a: (2022)

In News: A Constitution Bench asked the Centre, States and petitioners to firm up a slew of concerns raised in the Supreme Court about granting reservation on a purely economic basis, one of them being whether it is a violation of the very basic structure of the Constitution to exclude Scheduled Castes, Tribes and some of the most impoverished, socially and educationally backward classes in the country from the scope of the quota.

Issues in the case

Recognition of the Economic Backwards:

Reduction of Caste Based Discrimination:

It is high time now that the Indian political class overcame its tendency of continually expanding the scope of reservation in pursuit of electoral gains, and realised that it is not the panacea for problems.

Instead of giving reservation based on different criterias government should focus on quality of education and other effective social upliftment measures. 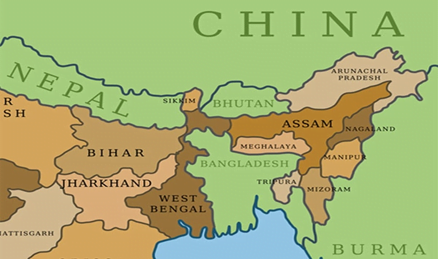 So what reforms are required?

What should be done?

Thus moving beyond liberalisation, focus must be on leveraging India’s special circumstances and areas where India has a comparative advantage.

Context: Everyone is careful about consuming clean and pure water to protect their kidneys from malfunctioning. But what about the earth’s kidneys, the wetlands?

As India celebrates an increase in its total number of Ramsar sites to 75, this brings into sharp relief the deteriorating state of natural wetlands across the country, especially in urban areas.

Q.1) The Ramon Magsaysay Award is named after the former President of which country?

Q.3) With reference to the Agreement at the UNFCCC Meeting in Paris in 2015, which of the following statements is/are correct?

ANSWERS FOR ’7th September 2022 – Daily Practice MCQs’ will be updated along with tomorrow’s Daily Current Affairs.