In News: India and China announced that their Armies have begun to disengage from Patrolling Point-15 in the Gogra-Hotsprings area of eastern Ladakh, marking a step forward towards ending the stand-off ongoing since May 2020. 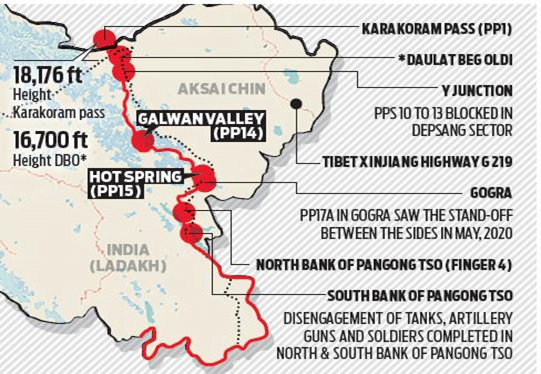