Context: Nearly 100 people have been killed and scores injured in violent border clashes between Kyrgyzstan and Tajikistan. 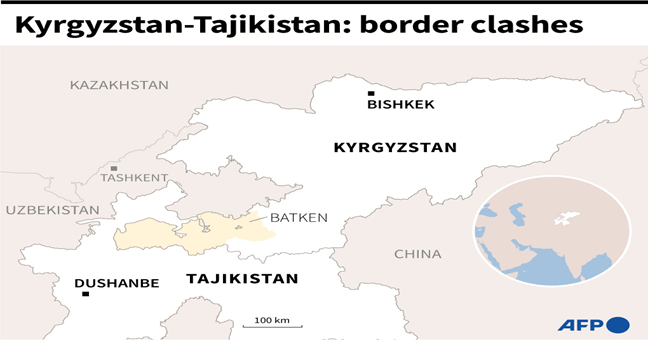 Q.2) Which one of the lakes of West Africa has become dry and turned into a desert? (2022)

Q.3) The term “Levant” often heard in the news roughly corresponds to which of the following regions? (2022)

Which of the above have borders with Afghanistan? (2022)