Context: According to a recent study, cold ocean currents have sheltered the Galápagos Islands from global warming. 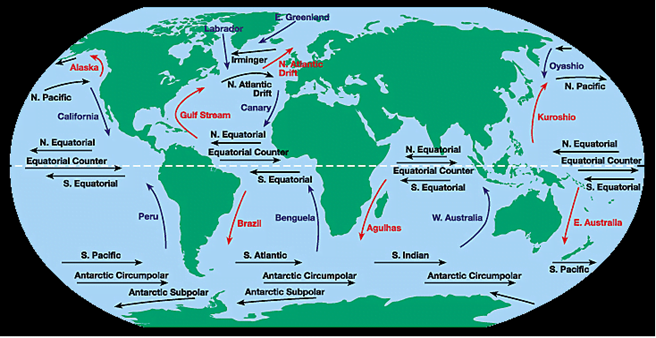 Challenges arising out of Ocean Currents:

Q.1) With reference to the water on the planet Earth, consider the following statements: