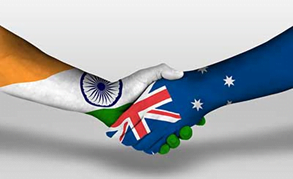 India-Australia bilateral trade at a glance:

Impact of the Economic Cooperation and Trade Agreement (ECTA):

Although, the India-Australia ECTA will further cement the already deep, close and strategic relations between the two countries and will significantly enhance bilateral trade. It is critical to remember that trade deals open new doors, but do not automatically mean higher exports or better trade balances, as India’s past pacts with ASEAN and Japan have shown.

There is no shortcut or alternative to fixing India’s overall global competitiveness and the policy makers and other stakeholders need to take a leap forward to improve India’s competitiveness to secure India’s interests.