Context: Indian Veterinary Research Institute (IVRI) has demanded a ban on using aceclofenac in cattle after a new study showed that the drug metabolises into diclofenac in water buffaloes — as it does in cows. 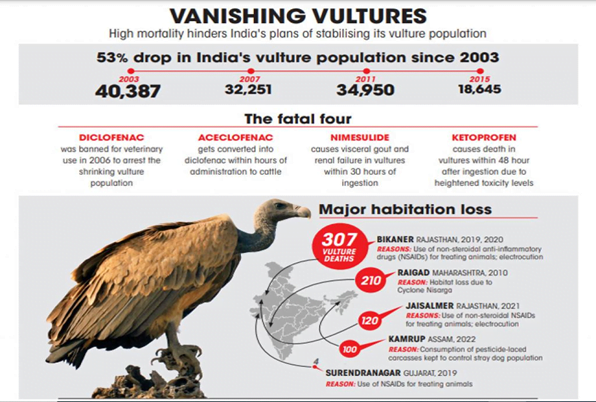 NSAIDS as a major threat to vultures in India:

MUST READ: Vulture Conservation in India

Q.1) “Triclosan” considered harmful when exposed to high levels for a long time, is most likely present in which of the following? (2021)