Context: According to the Sambhavna Trust, the leakage of 27 tonnes of deadly methyl isocyanate (MIC) gas from the pesticide plant owned by Union Carbide Corporation in Bhopal 38 years ago is still wreaking havoc on the city. The latest is the spike in incidences of fungal infection among survivors. 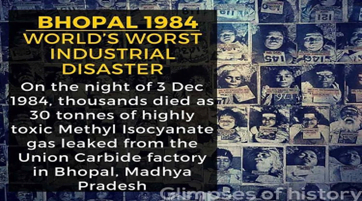 Q.1) Magnetite particles, suspected to cause neurodegenerative problems are generated as environmental pollutants from which of the following? (2021)