The warming of Arctic Ocean and its impacts

Context: Recently Finnish Meteorological Institute researchers published their study in the  Communications Earth & Environment journal, concluding that the Arctic is heating four times faster than the rest of the planet. 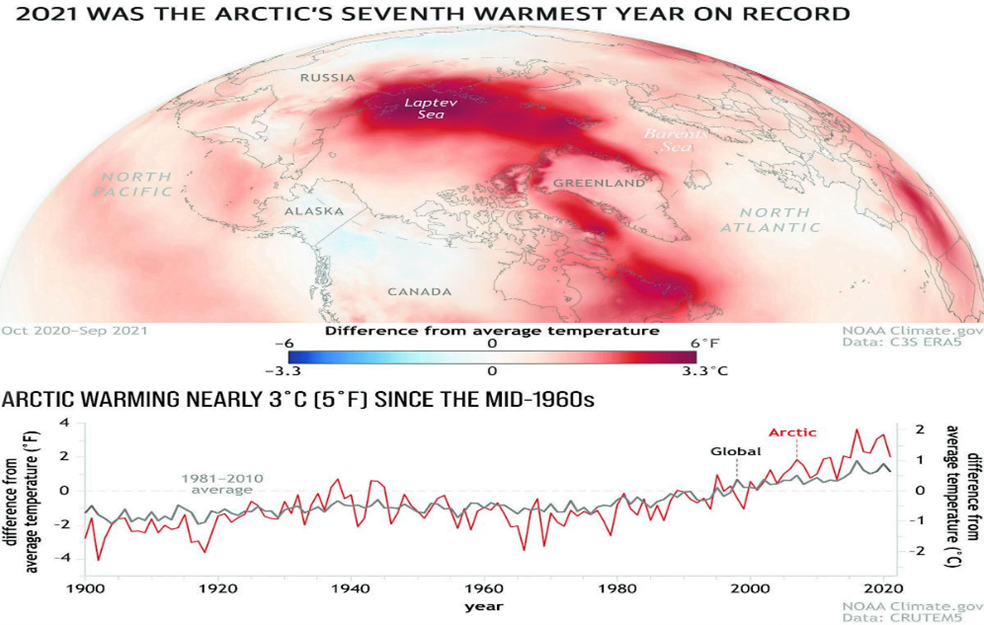 India’s Arctic policy would play an essential role in preparing the country for a future where humankind’s biggest challenges, such as climate change, can be addressed through collective will and effort.

The problem is that we do not completely understand the factors that control how rapidly the ice flows and thus enters the ocean. One way to approach the problem of not understanding the process is to study how sea level changed in the past.  Earth is nearly as warm now as it was during the last interglacial period, about 125,000 years ago. World must act urgently to reduce and mitigate the impact of human-made climate change on the glaciers.

About National Oceanic and Atmospheric Administration: