In News: Data from the Department of Fertilisers shows a 3.7 per cent increase in the sale of urea during April-October 2022 over the corresponding seven months of the previous year. Even higher, at 16.9 per cent, has been the growth in DAP sales. 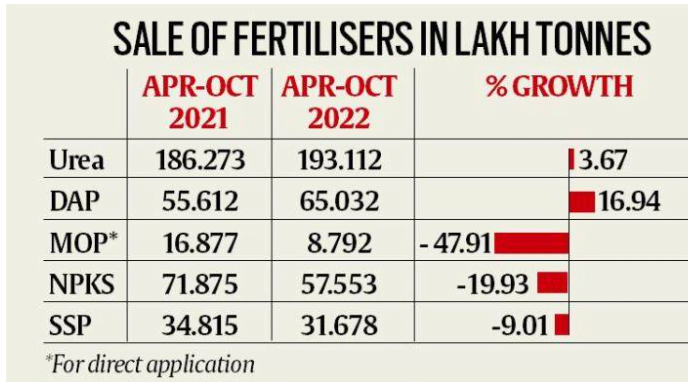 Challenges of the sector:

in the sector. It would also show that India is prepared to address exit constraints that bedevil reform in other sectors.

The warming of Arctic Ocean and its impacts