Context: Maghi Mela has been celebrated in the city of Sri Muktsar Sahib in Punjab for centuries in memory of 40 Sikh warriors who were killed fighting the Mughals in the Battle of Khidrana in 1705. 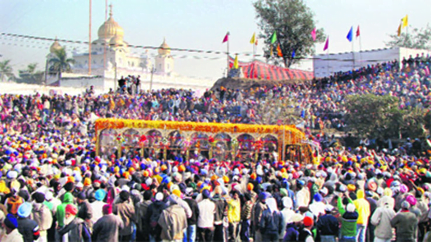 History of the battle: