Affordable sanitary napkins at Rs. 2.50 per pad now available at over 3600 Janaushadhi Kendras functional in 33 States/UTs across India

Ensure Affordability, Hygiene as well as Ease of use and disposal for them

The MoU will create synergies through the institutions and schemes of both ministries for the development of AYUSH enterprises in the country.

Objective: To position India as a world leader in “Holistic Healthcare”.

In order to benefit from this the Ministries of MSME and AYUSH have agreed to join hands for developing enterprises in this sector. Both Ministries will organize regional workshops for entrepreneurship development in AYUSH sector and Ministry of MSME will frame new schemes for AYUSH industries to get the benefits of SIDBI.

Extension of Memorandum of Understanding (MoU) between India and Netherlands on technical cooperation in the field of Spatial Planning, Water Management and Mobility Management: to promote and strengthen the collaboration between the signatories in the areas of Spatial Planning, Water Management and Mobility Management on the basis of equivalence, affordable housing, smart city development, geographical information system (GIS) for water supply & sewerage system, waste water reuse and recycle, conservation of fresh water by artificial recharge of aquifer, integrated  solid waste management and heritage conservation and mutual benefit, taking into account the practical needs of both the countries.

Memorandum of Understanding between India and Oman on Cooperation in the peaceful uses of outer space: Enable the following areas of cooperation such as, space science, technology and applications including remote sensing of the earth; satellite based navigation; Space science and planetary exploration; use of spacecraft and space systems and ground system; and application of space technology.

(ii) One Grid One Nation-

To bring transparency and to disseminate information to public at large following Apps are launched by the Ministry of Power:

Why does Methanol have the potential to be an enduring solution to human energy needs?

Because the beltched out C02 (greenhouse gas emission) both from using Methanol and while producing Methanol can be tapped back to produce Methanol. Thereby a seamless loop of CO2 sequestration cycle is created to perpetually burn fuels without polluting the environment at all.

NITI Aayog has drawn out a comprehensive plan to replace 20% of crude imports from Methanol alone. Adopting Methanol in this scale would bring down pollution in the country by more than 40% and not to forget the benefits from import substitution.

India by adopting Methanol can have its own indigenous fuel at the cost of approximately Rs. 19 per litre at least 30% cheaper than any available fuel. Methanol fuel can result in great environmental benefits and can be the answer to the burning urban pollution issue. 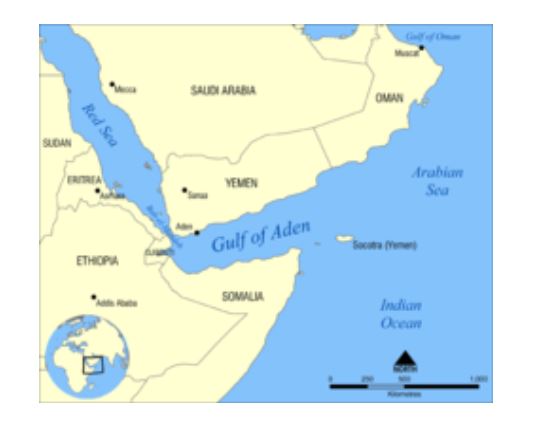 Ganga Praharis:  A new grassroot-level volunteer workforce is out there to protect the bio-diversity of river Ganga. A group of 427 trained volunteers are reaching to each and every house in areas along river Ganga to educate them about the importance of protecting river’s bio-diversity. They are spread over Ganga basin states of Uttarakhand, Uttar Pradesh, Jharkhand, Bihar and West Bengal.

Zigzag technology: To reduce carbon emissions from burning of bricks in brick kilns

As part of the Nationally Determined Contributions, India is committed to reducing thirty-three to thirty-five percent of emission intensity of its GDP during 2005 to 2030.

Ministry of Railways PSU IRCTC introduces bagasse based food packaging to commemorate World Environment Day 2018 – Bagasse, the fibrous remains left behind after extracting sugarcane juice, is being used to make disposable cutlery and containers in which meals will be served. Provision will be made to collect the used packaging which will then be processed for disposal through composting to ensure environmental sustainability.

Under the Swachh Bharat Mission, the largest behavior change programme in the world, the rural sanitation coverage of India has now risen to 85%. Through mobilization of rural communities, 7.4 crore toilets have been built across rural India, and as an outcome, over 3.8 lakh villages and 391 districts have been declared Open Defecation Free (ODF). This is significant because, under the Swachh Bharat Mission (Grameen), sanitation coverage has increased to more than double the coverage at the time of the launch of the Mission.

Krishi kalyan Abhiyaan: To aid, assist and advice farmers on how to improve their farming techniques and raise their incomes

Consumer Protection Bill, 2018: The Bill provides for setting up of an executive agency to be called Central Consumer Protection Authority (CCPA), which will look into unfair trade practices, misleading advertisements etc., provision for ‘mediation’ as an alternate disputes resolution mechanism to facilitate quick disposal of consumer disputes, provision for product liability action arising out of injury to a consumer from a defective product and several provisions relating to simplification of the adjudication process in the consumer Commissions.

New Bureau of Indian Standards (BIS) Act, 2016: The new Act has provisions of bringing under compulsory certification regime any goods or article of any scheduled industry, process, system or service which it considers necessary in the public interest or for the protection of human, animal or plant health, safety of the environment, or prevention of unfair trade practices, or national security. It also provides for notifying multiple types of conformity Assessment Schemes, including Self declaration of conformity, to facilitate ease of doing business for the manufacturers. It has provision for making hallmarking of the precious metal articles mandatory.

INGRAM under National Consumer Helpline launched to provide a common IT platform for various stake holders involved in the Consumer Grievance Redressal Mechanism and for disseminating information to consumers.