The abhiyan shall include:

This is equivalent to almost 10% of India’s GDP

India’s self-reliance will be based on five pillars – 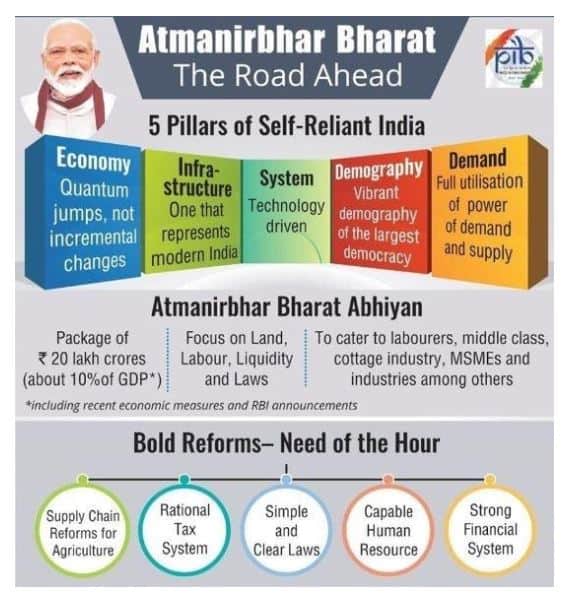 Major stimulus package for MSMEs and other sectors announced

For salaried workers and taxpayers 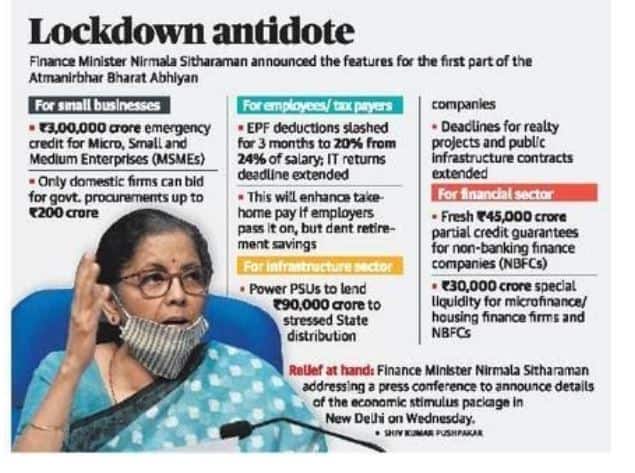 In his address to the nation, PM Modi observed that –

Indian government announced a special economic package — worth Rs 20 lakh crore or 10% of India’s GDP in 2019-20 — aimed towards achieving this mission.

It includes the measures earlier announced by the finance ministry and steps taken by the Reserve Bank of India.

Several bold reforms are needed to make the country self-reliant, so that the impact of crisis such as COVID, can be negated in future.

These reforms are expected to promote business, attract investment, and further strengthen Make in India.

Also for India to be truly self-reliant and self-confident, public investment in education, human capability and research and development has to increase.

Q.1 Which of the following is the basic aim of the Atma-Nirbhar Bharat Abhiyan?

Q.2 With regard to Atma-Nirbhar Bharat Abhiyan, consider the following statements:

Q.3 With regard to the recent package announced for MSMEs, consider the following:

Q.4 Consider the following statements with regard to the recent announcements made under Atma nirbhar Bharat Abhiyan:

The way forward is graded opening up, not an indefinite lockdown