Police Brutality and Accountability in India

Values like – honesty, compassion, yearning for truth and justice, commitment to the law and the Constitution – should always be constant and should hold the first spot in civil servant’s decision and final action.

GFATM had approved a $20­million COVID response fund for India that has no direct support for at least 1.5 million [persons from these vulnerable groups], despite repeated, evidence-based demands by civil society.

Part of: GS Prelims and Mains II – India and US relations; International Relations

About Generalized System of Preferences (GSP)

Ministry cautions against use of N­95 valved mask 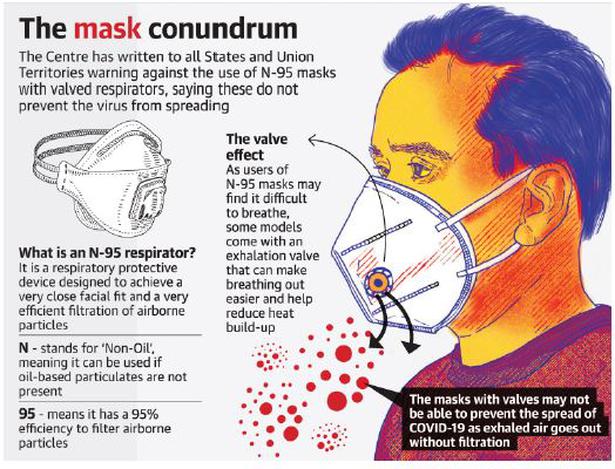 Context: The situation along the China-India border in Ladakh region has been tense since April 2020. Former National Security Advisor M.K.Narayanana gives suggestions for future.

Wasn’t there a disengagement process during first week of July?

What is the major consequences of border tension and delay in de-escalations?

What are China’s Objectives?

2. To emerge as Global Superpower

Is China preparing for a conflict over territory?

What should be India’s action in future?

India’s credentials here far outweigh that of China’s and should produce excellent dividends. It needs to become a key plank in India’s ‘forward policy’.

Challenges with the relief package

What lessons India can learn from other countries of world while enhancing relief?

Q.1) Which of the following statements about Generalized System of Preferences (GSP) is incorrect?

Q.2) ‘Mukhya Mantri Ghar Ghar Ration Yojana’ is an initiative by which among the following state government?

Q.3) Which one of the following is not a principle of “Panchsheel“?

About race to find COVID-19 vaccine

About why re-purposed medicines are expensive

About QUAD and why India must formally revive it