Part of: GS-Prelims and GS-III – Security

Part of: GS-Prelims and GS-II – Legialations; GS-III – Science and Technology 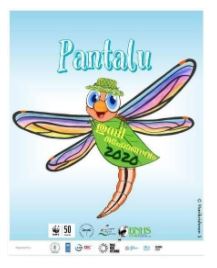 India does need a Fiscal Council

Context: The fiscal situation in India has been under severe stress even before COVID-19 and the novel coronavirus pandemic has worsened it.

To address the above challenges, 14th Finance Commission recommended the establishment of an independent Fiscal Council

What is the mandate of Fiscal Council?

How effective have these institutions been?

A Fiscal Council is an important institution needed to complement the rule-based fiscal policy. Of course, it is not a ‘silver bullet’; if there is no political will, the institution would be less effective

Context: The pandemic has highlighted the need for effective universal health coverage (UHC)

What steps have been taken by government to achieve UHC?

Q.1 First-ever State dragonfly festival is going to be held in which of the following state of India?

Q.3 Under Mission Based Deployment by Indian Navy, Indian ships were mission deployed for which of the following?

About Pakistan’s move to tackle terrorism:

About resumption of Political activity in J&K: