Part of: Prelims and GS II – Laws and Policies

What is The National Crime Records Bureau (NCRB)? 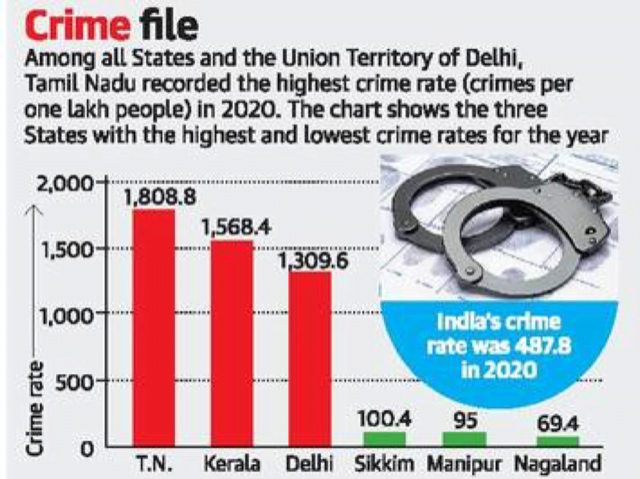 AUKUS: New partnership between Australia, the U.K. and the U.S.

Context A week before a meeting of Quad leaders in Washington DC, the Biden administration has announced a new trilateral security partnership for the Indo-Pacific between Australia, the U.K. and the U.S. (AUKUS).

Key features of the partnership

What is the PLI scheme?

In News: National Florence Nightingale Awards 2020 was conferred to 51 awardees by the President

About the campaign: An initiative to promote zero-pollution delivery vehicles by working with consumers and industry.

Context: A seven day long Multilateral ‘Joint Strategic Exercise’ which saw participation from seven countries; one of the theatre-level exercises of the Russian armed forces with the focus primarily on operations against terrorists.

In News: Indian researchers have developed transparent ceramics, reaching theoretical transparency through a technique called colloidal processing followed by simultaneous application of temperature and pressure, for the first time in India.

Part of: GS-Prelims and GS-III: Environment

In News: In a rare discovery, teeth of new species of hybodont shark of Jurassic age have been reported for the first time from Jaisalmer.

Part of: GS-Prelims and GS-II: Governance

Has been one of the worst-hit sectors in India during the Covid-19 pandemic and its exports saw a record decline of (-) 98% in April 2020 due to the complete lockdown situation in the country.

Context: Recently, the Union Cabinet approved relief measures for telecom sector which include the following:

What is the background of these reforms?

Context: Recently, Tamil Nadu Assembly has passed a bill to exempt students of the state from appearing in the NEET for admissions into medical and dental courses

What Is National Eligibility-cum-Entrance Test (NEET)?

Why Tamil Nadu is opposing NEET?

What is the context of the recent bill?

Q.3 Which of the following is not a part of the Quad group?

On changes needed in GST:

On dealing with learning loss during Pandemic: