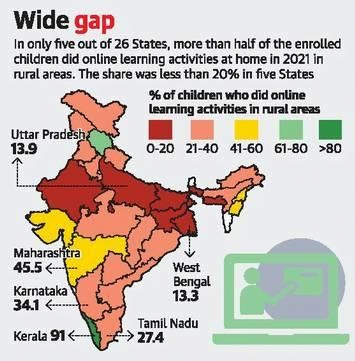 Part of: Prelims and GS-I – Medieval history; Art and culture

Context Sabz Burj, one of Delhi’s earliest Mughal-era monuments, has been conserved and restored over the last four years using traditional materials and building-craft techniques favoured by 16th century craftsmen. 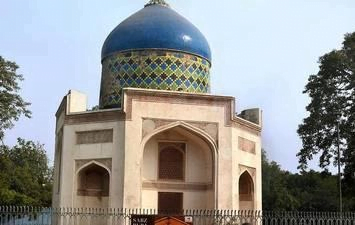 India to hold first 2+2 with Russia

Context India and Russia shall hold their first “2+2” format talks in December.

Reform initiatives under the project include

Context Recently, several cases of Norovirus have been reported in the state of Kerala.

In News: The Union Cabinet has given its approval for provisioning of mobile services in Uncovered Villages of Aspirational Districts across five States of Andhra Pradesh, Chhattisgarh, Jharkhand, Maharashtra & Odisha.

Russian ASAT test and its implications

Context: Russia has carried out an Direct-Ascent Anti-Satellite (DA-ASAT) test by shooting down an old satellite which has created a huge debris in the low earth orbit, according to the U.S. space command.

What is the test and its significance?

What is the assessment and the reaction?

What is the threat to the International Space Station?

Context: Prime Minister Narendra Modi’s announcement of enhanced targets for climate action by India, particularly for achieving net-zero emissions by 2070, has highlighted the importance of long-term planning for decarbonising the economy.

What precautions needs to be taken to achieve net-zero emission goal by 2070?

The use of five-year interim targets for permissible emission intensity and the establishment of an autonomous and credible agency to advise the government on targets and policies and to monitor progress will greatly facilitate an effective, economic, and smooth transition to decarbonisation of the power sector first, and the Indian economy later by 2070.

Context: As India celebrates Azadi Ka Amrit Mahotsav, one name stands tall among the galaxy of stars who fearlessly worked for the freedom of the motherland against the oppressive British Raj — Bhagwan Birsa Munda. Birsa Munda lived a short — just 25 years — but valiant life. His life story, full of gallant efforts to fight injustice and oppression, represents a strong voice of resistance against colonialism.

Birsa’s beliefs and his fight against Britishers

Fondly called ‘Dharti Abba’ or Father of the Earth, he encouraged his followers to get back to their tribal roots and follow their traditions. Birsa believed that self-rule is the only way to protect tribal rights. He raised the slogan “Abua raj seter jana, maharani raj tundu jana” which means ‘Let the Kingdom of the Queen be ended and create our own kingdom’. It became one of the famous slogans which helped to organise Birsa’s guerrilla army and attack the British army in different parts of Chota Nagpur region.

Though he lived a short span of life, Birsa Munda is known to have mobilised the tribal community against the British and had also forced the colonial officials to introduce laws protecting the land rights of the tribals.

Spearheaded movement against British oppression giving a call for ‘Ulgulan’ or the Great Tumult (Revolution).

Munda Revolt: In the late 1890s, Birsa set out to abolish the feudal system that the British had introduced in the Adivasi forest land.

Birsa’s achievements as a young tribal revolutionary has continued to be celebrated over decades now and he has successfully carved out a space for himself in popular and folk literature, academia, and mass media.

Can you answer the following question:

Q.1 The structure of the monument is crowned with a blue dome and it is popularly known as the Neeli (“Blue”) chhatri. It is of immense significance due to the ceiling on its double dome structure painted in pure gold and lapis which is thought to be the earliest surviving painted ceiling for any monument in India.

Which of the following monument is mentioned above?

Q.2 World Bank’s STARS project is associated with Which of the following?

On Private sector and Healthcare:

On criticism of Collegium system:

On Digital Divide in Education:

Biden-Xi summit and Impact on India