Context As per Central Pollution Control Board (CPCB) data, Delhi’s air quality entered the “severe” category recently for the first time this season after people in the city burst firecrackers on Deepavali night despite a blanket ban.

What is System of Air Quality and Weather Forecasting and Research (SAFAR)?

What is the National Air Quality Index? 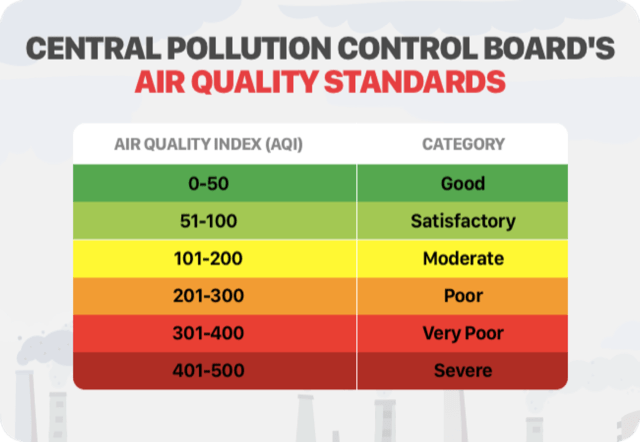 Context One of the largest studies of its kind in India, correlating the effect of air pollution on health, was conducted in six villages of Patiala, Punjab in two phases.

Key findings of the study

Part of: Prelims and GS II – International Relations and GS-III – Defence and security

Context The biennial Goa Maritime Conclave (GMC) under the Naval War College, Goa is scheduled to be held on November 7 and 9.

Context Recently, Union Minister of Textiles has emphasised that the annual growth rate of the technical textiles sector in the country should be in the 15%-20% range in the next five years, from the current 8%.

Initiatives by India in the textile sector

In News: Government of India has been taking various policy initiatives for promotion and strengthening of Alternative Dispute Resolution (ADR) mechanisms through amendment in existing laws and by enactments, for facilitating quick disposal of disputes, outside of traditional court systems. As a continuation of the exercise, bringing a standalone law on Mediation is under consideration.

Accordingly, a draft bill with the following objectives have been prepared –

Context: COP26 at Glasgow is important as it will call for practical implementation of the 2015 Paris Accord, setting the rules for the Accord.

Also, this is the right time for India to consider setting up a climate law while staying true to its goals of climate justice, carbon space and environmental protection.

Prime Minister Narendra Modi announced, on November 1 at Glasgow, a ‘Panchamrit solution’ that consists of

What should be the primary components of Climate Law?

We have an urgent moral imperative to tackle climate change and reduce its worst impacts. But we also should Indianise the process by bringing in a just and effective law.

Context: The central government is preparing to give a fresh push to the establishment of an All India Judicial Service (AIJS) on the lines of the central civil services.

What is the proposed All India Judicial Service (AIJS)?

How are district judges currently recruited?

Why has the AIJS been proposed?

What is the judiciary’s view on the AIJS?

What is the opposition to the AIJS?

Why is the government seeking to revive the idea of AIJS?

Context: It was after much lobbying and pressure that on 21 September, the Nepalese government decided to re-open the Nepal-India border that was sealed from March 2020 to control the spread of COVID-19.

Before this, never had the 1753-kilometre long border between the two countries been closed.

Q.1 Where are you most likely to find the practice of stubble burning most prominent?

Q.3 Which of the following pollutants is not considered while measuring the Air quality Index of Indian cities?

On need to fix judicial system:

On formalisation of economy: