Part of: GS Prelims and Mains I – Protection and conservation of Cultural heritage sites 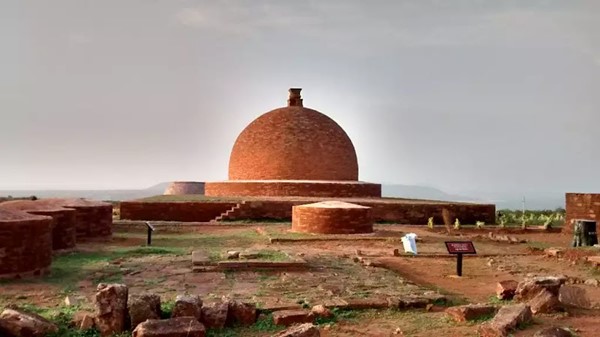 States are ranked based on 10 themes, 30 focus subjects and 100 indicators, such as power, water, road and housing; Women and Children, Environment etc.

Part of: GS Prelims and Mains II – Government policies and interventions for development in various sectors and issues arising out of their design and implementation.

According to a Parliamentary Standing Committee (PSC) report on Rural Development – 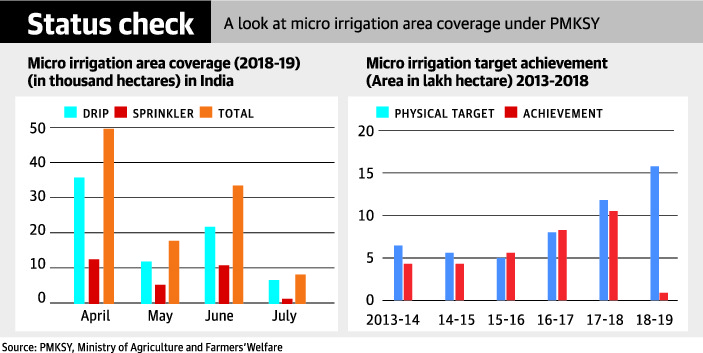 What is watershed management?

The major objective of PMKSY is to –

Ministry is also working on the proposal to amend the Act to award death penalty to those convicted of raping children below 12 years. 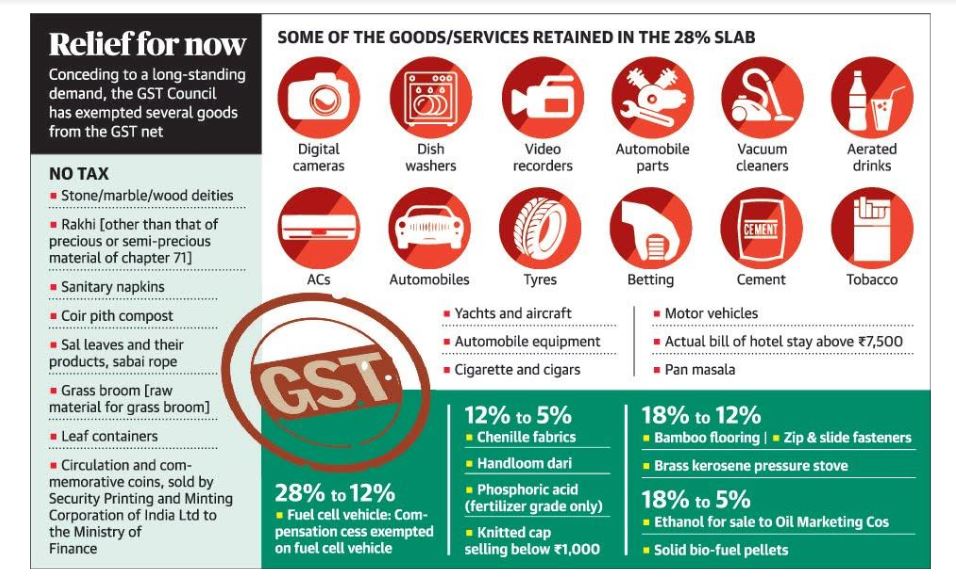 Basic Economics: What is the GDP deflator?

What is GDP deflator?

Since the deflator covers the entire range of goods and services produced in the economy — as against the limited commodity baskets for the wholesale or consumer price indices — it is seen as a more comprehensive measure of inflation.

The formula to find the GDP price deflator:

A consumer price index (CPI) measures changes over time in the general level of prices of goods and services that households acquire for the purpose of consumption.

However, since CPI is based only a basket of select goods and is calculated on prices included in it, it does not capture inflation across the economy as a whole.

The wholesale price index basket has no representation of the services sector and all the constituents are only goods whose prices are captured at the wholesale/producer level.

Specifically, for the GDP deflator, the ‘basket’ in each year is the set of all goods that were produced domestically, weighted by the market value of the total consumption of each good.

GDP deflator is available only on a quarterly basis along with GDP estimates, whereas CPI and WPI data are released every month.

The present government has increased the MSPs of 14 kharif crops to at least 50 per cent above paid out costs of farmers, including the imputed cost of family labour (Cost A2+FL).

The Commission for Agricultural Costs and Prices (CACP), a professional advisory body has toed the government line. It has bypassed its own terms of reference (ToR) that require it to look at demand and supply, domestic and international prices, costs, inter-crop price parity, etc while recommending MSPs.

States like Uttar Pradesh have announced a much higher state-advised price.

Implementation issues- Whether these MSPs can be effectively implemented?

Market prices of most kharif crops are well below the announced MSPs.

Ensuring that farmers really get these MSPs will require a major coordination between the Centre and states.

Given a robust procurement system does not exist for other crops it will become difficult for the government to procure even 25 per cent of the production of various kharif crops, except in paddy and cotton.

Wisdom lies in learning from the mistakes of other countries.

It is time the government switch from price policy to income policy approach to redress farmers’ distress.

Today’s women have broken the glass ceiling and scaled new frontiers in business and industry, bringing fresh ideas into the commercial and tech landscape of India. These innovations are actively reshaping engineering, technology, design, handicrafts, weaving, shoe-making, agriculture, organic farming and other cultural and creative industries.

The recent World Economic Forum meeting at Davos adds to this notion of the new age women entrepreneur, putting out a call to bring up an equal number of women, in the labour force. This equalisation can enhance the Gross Domestic Product of a developing country like India by over 27 per cent.

As professional entrepreneurs, women are truly living their dreams. India has developed a vibrant entrepreneurial landscape aided by several progressive initiatives and measures instituted by the government.

Today, with more than 20,000 start-ups, India has emerged as the second largest start-up ecosystem in the world and is expected to grow at 10-12 per cent year-on-year.

It is heartening to see that India jumped 50 places in the overall ‘Ease of Doing Business’ rankings and this is just another reason to keep plouging ahead full steam towards ensuring a groundswell for women leadership in the country.

With women comprising over 48 per cent of the country’s population, it is impossible to think of economic growth without women as the fundamental drivers of change.
It is projected that by 2025, India’s GDP will get an additional boost of 16 per cent, by integrating women into the workforce.

The theme of the 8th edition of Global Entrepreneurship Summit, ‘Women first, Prosperity for all’ highlighted that when women do better, countries do better.

Over the past few years, India has witnessed record growth in women entrepreneurship. The government initiatives includes-

Above are steps in the right direction.

Several women-led leadership and mentorship programs such as empoWer, SAHA Fund and Sonder Connect are also gaining traction in India.

There is an urgent need to create an enabling environment for women to pursue their entrepreneurial aspirations through progressive policies.

The Indian start-up landscape, with over eight million women entrepreneurs, is at an inflection point where an accelerated pro-women change is of vital importance.

Each small step that we take today will bring us closer towards fulfilling the larger vision for India of our Agenda 25×25 — 25 per cent women entrepreneurs by 2025.

To achieve inclusive and equitable socio-economic growth, we must ensure that at least 25 per cent of entrepreneurs in the country are women by 2025.

Q.1) Stupas are known to be the first religious structures in India. Which of the following statements regarding ‘Stupa’ are correct?

Select the correct code from the following:

Q.2)  Second century BCE Buddhist site, Thotlakonda was in news recently. It is found in –

Q.3) Which of the following characteristic feature given below is clearly a distinction between Mahayana and Hinayana form of Buddhism?

Q.4) ‘To protect monuments, places and objects of artistic or historic interest which are declared to be of national importance’ – This provision is provided in:

Q.7) Consider the following regarding CPI and GDP deflator

An anti-lynching law is the wrong solution

Why private hospitals should join NHPM?