Part of: GS Prelims and GS- I – Modern History

The National Medicinal Plants Board (NMPB)

Context: The Myanmar military (known as tatmadaw) grabbed power in a coup on February 1 morning, ahead of a scheduled meeting of the country’s newly elected Parliament.

Aung San Suu Kyi, who led the National League for Democracy (NLD) to a landslide win in the 2020 elections has been detained. In a broadcast, the military declared a one-year state of emergency in Myanmar. 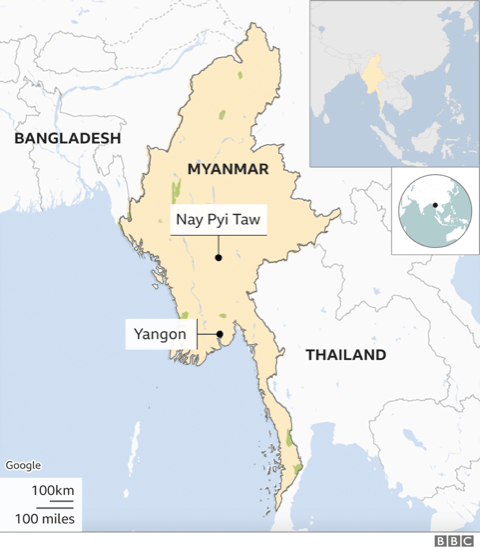 How was relation between Government and Military in the first term?

India and Myanmar over the years and the impact of Coup

Q.2 Chauri Chaura incident occurred during which of the following movement?

Q.3 Kritagya hackathon is launched by which of the following?