In News: The Supreme Court challenged the government to produce material showing its reasons for introducing the Tribunal Reforms Bill, 2021.

What is the Bill about?

What happens to cases pending before the tribunals dissolved? 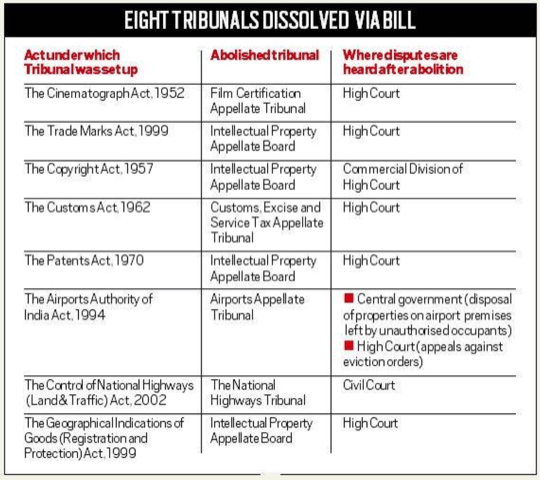 In News: While addressing the nation on 75th Independence Day, Prime Minister announced that Rice under all scheme to be fortified by 2024

How to fortify rice?

What is the Significance of the announcement?

In News: Recently, the Ministry of Environment, Forest and Climate Change, Government of India, has notified the Plastic Waste Management Amendment Rules, 2021.

About the new rules-

Part of: GS Prelims and GS- I – Important Personalities

In News: Recently, a resolution has been reintroduced in the US House of Representatives to posthumously award the Congressional Gold Medal to Mahatma Gandhi for his contributions made through his methods of non-violence.

In news: The Project BOLD (Bamboo Oasis on Lands in Drought) of Khadi and Village Industries Commission (KVIC) has received the Indian Army’s support in Leh.

About Bamboo Oasis on Lands in Drought (BOLD):

In news: Recently, Supreme Court has ruled that e-commerce giants Amazon and Flipkart will have to face investigation by the Competition Commission of India (CCI) for their alleged anti-competitive business practices.

Why are Amazon and Flipkart under scrutiny?

The CCI initiated its probe against Amazon and Flipkart in 2020 following a complaint filed by the Delhi Vyapar Mahasangh (DVM), a lobby promoting the interests of small traders.

Arguments in favour of CCI Probe

Context: The fall of major Afghan cities and provinces to the Taliban has been swift. The Taliban’s advances are unlikely to stop while Pakistan continues supplies, support and safe havens on the ground.

Given all these concerns, India has four options, none of which are easy, nor without repercussions.

In News: The Union Cabinet has approved the continuation of over 1000 Fast Track Special Courts to ensure faster delivery of justice to victims of sexual offences, as a centrally sponsored scheme for another two years.

How effective has this mechanism been in nearly two years of its existence?

Q.1 Who was the viceroy at the time of Quit India Movement?

Q.2 Consider the following statements regarding Project BOLD recently seen in the news

1. It is implemented by the Ministry of Defence

2. It aims to enhance the infrastructure in border areas.

Q.3 Which of the following is not correct about food fortification?

b) Fortification does not cause any change in the taste, aroma, texture, or appearance of the food.

c) If consumed on a regular and frequent basis, fortified foods will reduce body stores of nutrients.

d) The overall costs of fortification are extremely low.