What is the difference between GDP and GVA? 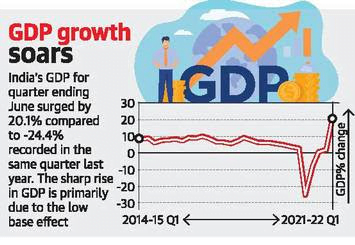 Context:  A new rail line providing China with access to the Indian Ocean via Myanmar was opened recently on the Chinese side of the border.

Importance of the route 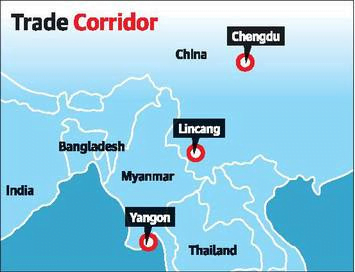 Context: Recently, the Securities and Exchange Board of India (SEBI) has brought into effect the SEBI (Share Based Employee Benefits and Sweat Equity) Regulations, 2021. The regulations have widened the scope of employees who can be offered stock (equity) options.

What is Sweat Equity?

Part of: GS Prelims and Mains GS-III – Awareness in Space

Context: A rare merging of three supermassive black holes has been spotted by a team of astrophysicists in India.

What is the significance of the discovery?

How does the presence of a third black hole solve this problem?

What is a black hole?

Context: The 13th BRICS summit (Brazil, Russia, India, China and South Africa) is set to be held on September 9 in digital format under India’s chairmanship.

Importance of BRICS: It represents 42% of the world’s population, 30% of the land area, 24% of global GDP and 16% of international trade.

Challenges of the grouping

As the current chair, India has outlined four priorities

Context: The Brihanmumbai Municipal Corporation (BMC) is drafting a Mumbai Climate Action Plan (MCAP) in a bid to tackle climate challenges. It recently launched a website for the same.

What is the Mumbai Climate Action Plan?

Why does Mumbai need a climate action plan?

What is the greenhouse gas emission of the city?

How does BMC plan to tackle the climate challenges?

The latest developments in Afghanistan:

India’s priorities in the circumstances:

Discuss the role India played in evacuating the Indians in Afghanistan amidst the crisis.

Q.2) Resolution 1267 deals with which of the following?

Q.3) Consider the following statements about a new rail line opened by China that gives it access to the Indian Ocean:

On managing Natural resources: A model in Meghalaya: